Reservations are NOT available for Child/Infant only

Number of infant travelers must not exceed number of adult travelers

The maximum number of passengers must not exceed 8 pax.

- Please select a date 5 days or later from today

Please select a date within 6 days from today

Please select a date after the day of departure

Booking of Domestic Flights within Italy cannot be done

Reservations cannot be made for routes between the US and Cuba

Same day arrival at and departure from Siem Reap is not allowed. 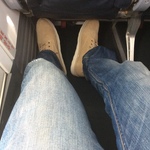 Eastar Jet is one of the fastest-growing low-cost carriers (LCCs) in North Asia. Established in 2007, with headquarters at Banghwa-Dong, in Seoul, Korea, Eastar Jet offers affordable domestic air ticket fares as well as competitively priced international air ticket fares. From its origins as a small carrier, Eastar Jet now has a scheduled passenger network of 14 destinations in 8 countrEastar Jet has its main bases at Seoul Gimpo and Seoul Inchion International Airports, with an additional hub at Jeju International Airport. In 2016, Eastar Jet became the 5th member of the U-FLY Alliance of North Asia, the world’s first alliance of low-cost carriers. Eastar Jet also has new a codeshare agreement with T’way Airlines.
ies.

* Please ensure to check the official website of Eastar Jet for updated and detailed information for checked baggage.

* Please ensure to check the official website of Eastar Jet for updated and detailed information for carry-on baggage.

Travelers purchase Eastar Jet air tickets because of their convenient itinerary options, which will increase as the U-FLY Alliance grows, but also because of the low cost of the air tickets. Eastar Jet and other low-cost carriers are able to offer this economical option by minimizing luxury services. All seats on Eastar Jet flights are economy class. There is no in-flight entertainment, and pillows and blankets are not provided. On the other hand, the staff is professional and friendly, and passengers are aware of the fact that traveling with a low-cost air ticket was their own choice. In short, you pay for transportation without being charged for small and unnecessary luxuries.

Domestic flights offer complementary juice and water, and on international flights snacks such as soup, peanuts, beer, soft drinks, and coffee are available for purchase. Complementary meals are not provided on any flights, but for some longer flights meals can be pre-purchased, and passengers are permitted to bring their own food on board any flight.

I really enjoyed flying with Eastar Jet! Though I found this carrier late, I’m impressed. The price was pretty affordable, and the service on board was also satisfactory. From now on, I will choose Eastar Jet for my upcoming trips to Korea.

Eastar Jet is an excellent low-cost carrier! I have traveled by Eastar Jet many times now, and I haven’t found anything bad about them yet. I like their service and the on-time takeoff, and landing times. Check-in and check-out is a breeze, and all the services are available for a decent price if you plan ahead.

Can a Service Dog Travel with Me?

Yes, service dogs can travel in an Eastar Jet cabin. However, a separate seat will not be provided for the dog, and you will need to present documents certifying that your dog is healthy.

What items are prohibited by Eastar Jet?

Any explosive, flammable, or toxic materials are prohibited inside the cabin. You should not carry a matchbox, lighter, fruit knife, sports equipment that might be used as a weapon, toy gun, or sharp item. A complete list of prohibited items is available on the Eastar website.

About the Mileage Program of Eastar Jet

Eastar Jet does not have a traditional frequent flyer mileage program. Instead, Eastar Jet offers an E-Credit membership to its air ticket purchasers. You deposit money into an E-Credit account with Eastar Jet and then purchase Eastar Jet air tickets, in-flight meals, and other services online with just one click, and for a 5% discount. E-Credit funds can be shared with family members for purchase of air tickets as well. Upon request, E-Credit funds will be refunded after 180 days after deposit.

Online check-in is available for Eastar Jet flights and can be accessed from the comfort of your home or office. When you are checking in online you will also be able to select your seat, and once you have checked in, you can print your air ticket boarding pass, and an e-boarding pass will also be sent to your email address. For domestic flights, online check-in is available from 24 hours before the departure time and until 1 hour before departure time.

Best Airfares by Eastar Jet! Top Routes of the Month!

Flights departing from United States of America
Direct flights by Eastar Jet are not available.
Click for Other Airlines