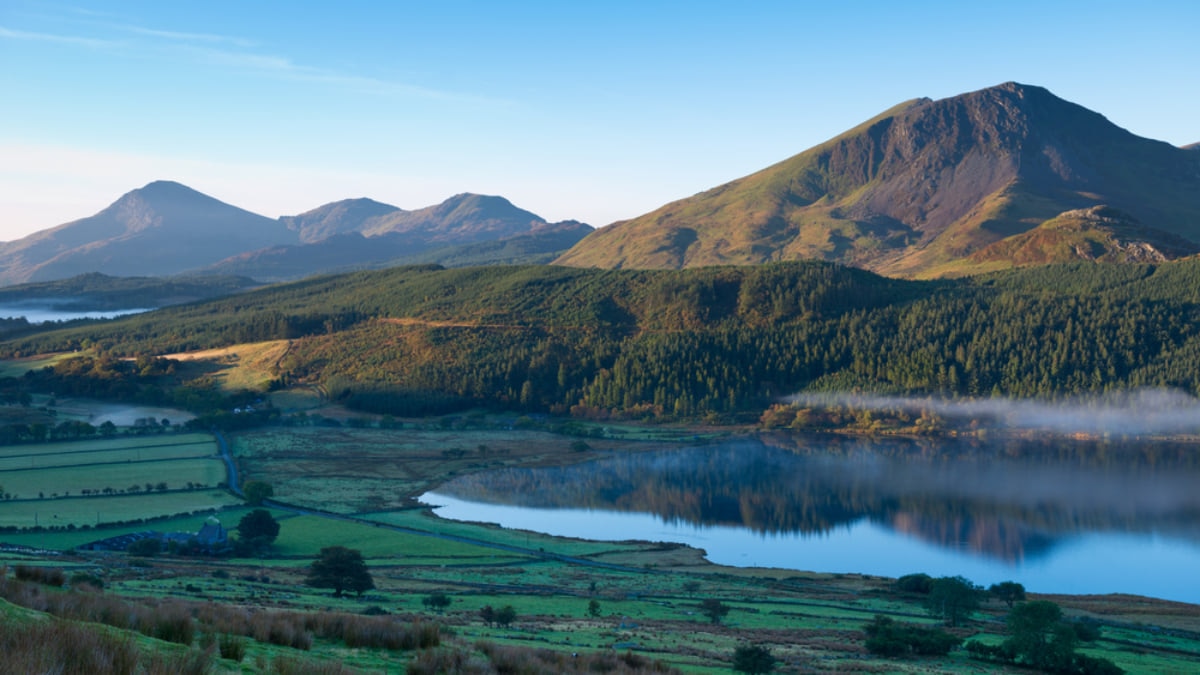 A world away from the busy streets of London, Wales is entwined in mystery and legends, spanning from its breathtaking and unforgiving landscape. From its dramatic mountains and valleys inland to the colorful coastal towns and rugged coastline, Wales has plenty of incredible places worth exploring. 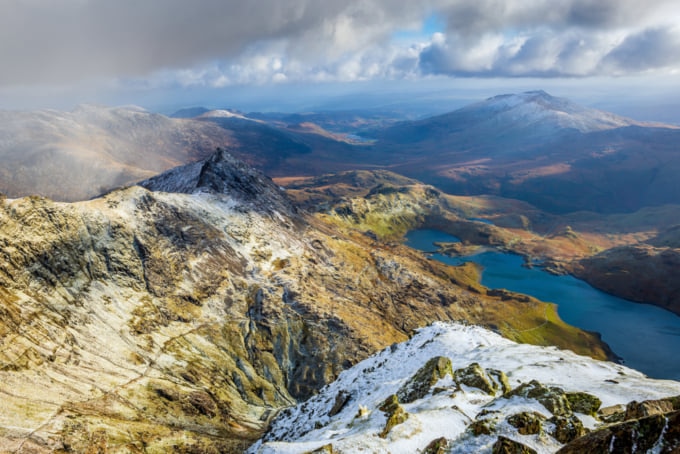 Home to the tallest peak in Wales, Mt Snowdon, Snowdonia National Park is a great example of the mystical sloping scenery that Wales is famous for. After you've conquered the tallest (or taken the mountain railway, we won't judge), there are plenty of other mountains and great hiking routes throughout the vast boundaries of the park.

It's also one of Britain's best outdoor adventure hot spots, offering a range of activities including the world's first inland artificial surfing lake.

For places to stay, do as the Brits do and rent out a cottage in the park. There are plenty of picturesque cottages in and around the national park that are available for rent. Otherwise pick one of the small towns and villages across the park such as the quaint town of Blaenau Ffestiniog. 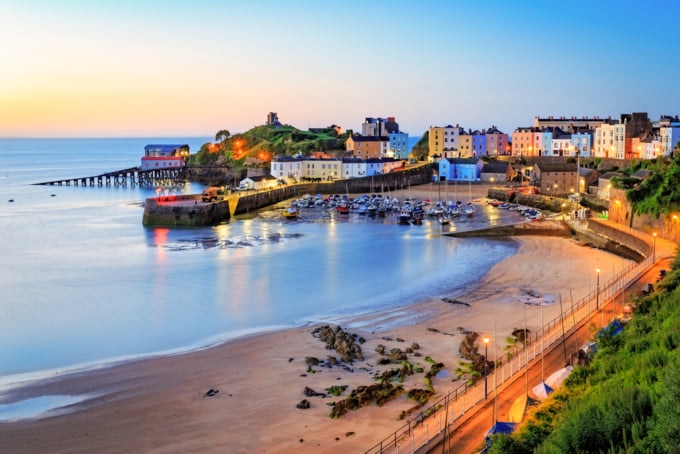 The southwestern tip of the country, the Pembrokeshire coast is one of the most beautiful coastlines in the country, with a wide range of scenery. The harbor town of Tenby is well worth visiting, known for its beautiful rows of colored houses and historic 13th century town walls.

For those interested in getting close to wildlife, there are numerous islands off the coast of Pembrokeshire where you can see rare birds such as puffins and gannets. 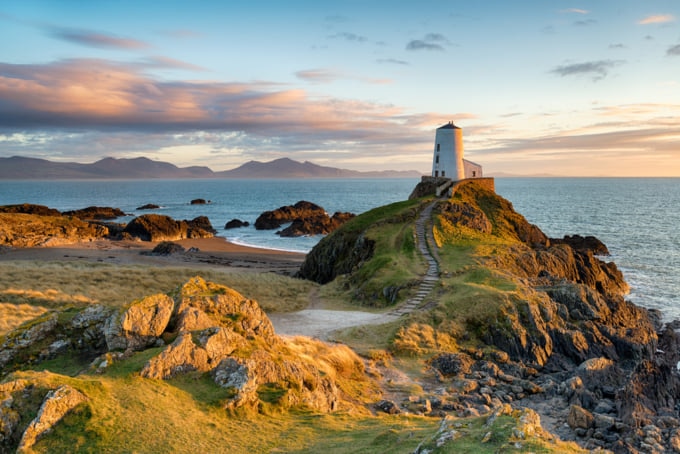 The largest island in Wales, Anglesey is connected to the mainland by the historic Menai Bridge. A popular summer getaway for many Brits, Anglesey has some of the regions most beautiful beaches and a laidback island charm you won't find on the mainland.

It's also famous for the town with one of the longest place names in the world, 'Llanfair­pwllgwyngyll­gogery­chwyrn­drobwll­llan­tysilio­gogo­goch' is named using the local Welsh language and located in the south of the island. To avoid frustration, the town is usually just referred to as Llanfair, but you'll see official place names with the full title. 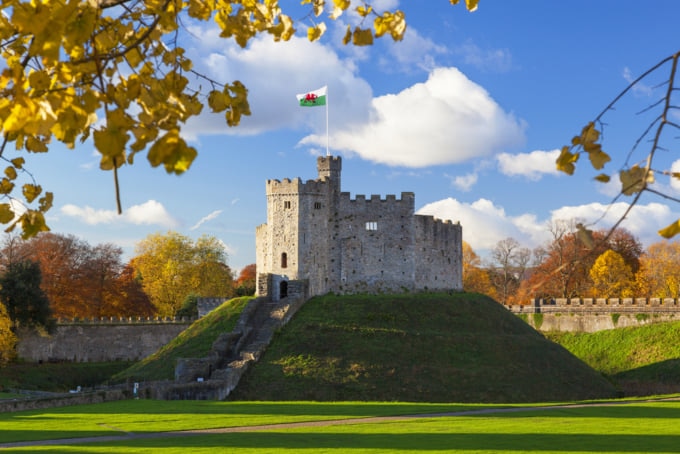 Cardiff is the capital of Wales and the perfect base for exploring the south of the country while enjoying the liveliness of the city. Along with having some of the best restaurants and bars in the country, it's dotted with historic sites like Cardiff Castle and Roman villas.

To get a sense of the city from a local's view, head to a pub when Wales are playing a rugby match, or even better watch the game live at the Millennium Stadium. 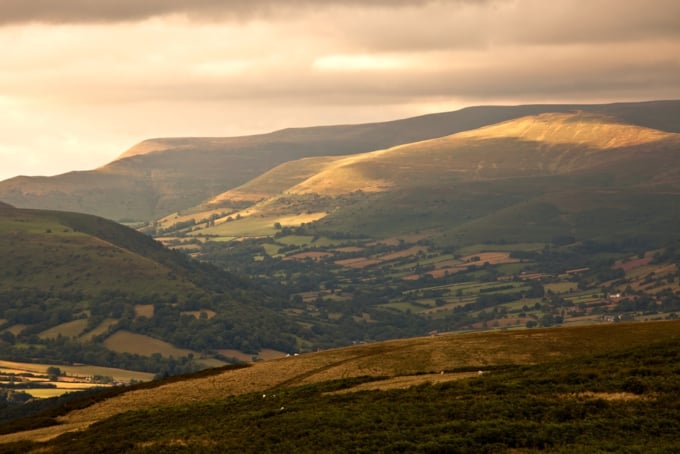 A farcry from the dramatic mountain scenery of Snowdonia, the Brecon Beacons are just as stunning however. With rolling hills and peaceful valleys dotted with picturesque small villages, the region is the perfect example of the beautiful Welsh countryside. Due to its close proximity to the main cities of Swansea and Cardiff, you can easily explore the beacons on day trips while staying in the city.

Although Wales is far from the British tourism hot spot of London, it's well worth taking a few extra days to head to one of the UK's most scenic areas.

Note: While it is possible to explore Wales by train or bus from the capital, it's highly recommended to rent a car. The national parks and many picturesque coastal towns are hard to reach and explore by public transport.

If you're driving from London, Cardiff is easily reached by driving along the M4 motorway for about three hours.

Canada：Famous for Its Soaring Mountains, Stunning Glaciers and Isolated Beaches

Canada, one of the largest countries in the world is home to vibrant cities like Vancouver, Montreal, Calgary, Ottawa and Toronto which will... 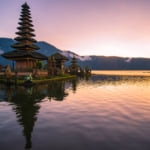 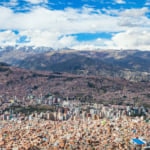 La Paz is the seat of the government of the Plurinational State of Bolivia. It is also the de facto national capital of the state, although ... 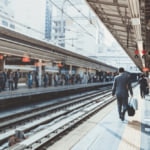