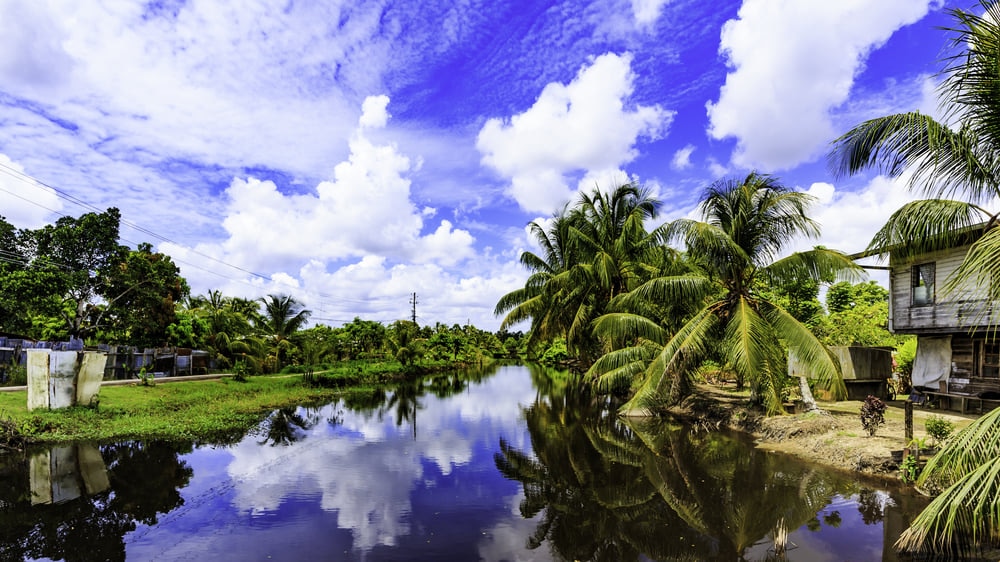 Suriname may be the smallest country in South America, but the sightseeing treasures that it offers may rival the giants of the tourism industry. The major tourist attractions can be divided into two geographic regions, the coastal area in the southern part of Suriname and the northern part of tropical rainforests, savanna and mountain ranges. Suriname is an anytime holiday destination as it enjoys a hot and wet tropical climate with temperatures averaging between 29-34ºC throughout the year. 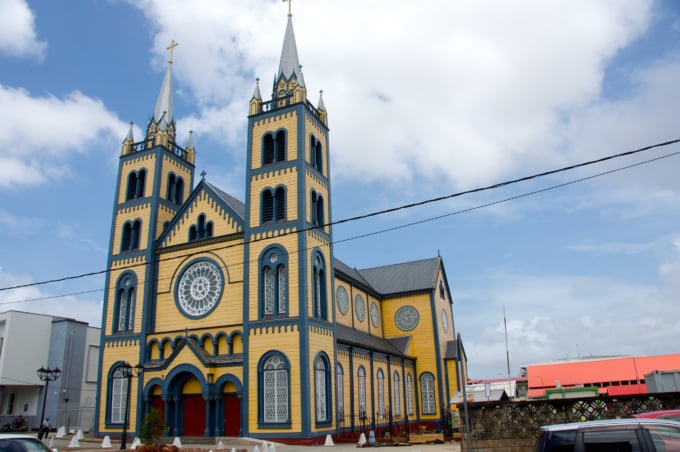 This Roman Cathedral is the city center of Paramaribo, the capital of Suriname. The construction of Saint Peter and Paul Cathedral started in 1882, and in 2014 it was designated as a Minor Basilica of Suriname by Pope Francis. The cathedral is said to be the tallest wooden structure in the Caribbean, standing at 48ft. The structure is an impressive Gothic-Roman architectural design with neo-gothic spires, a huge rose window and massive windows at the sides. The cathedral is currently an active holy place as well as a sightseeing attraction. It is open every day, and guided tours are available on demand. 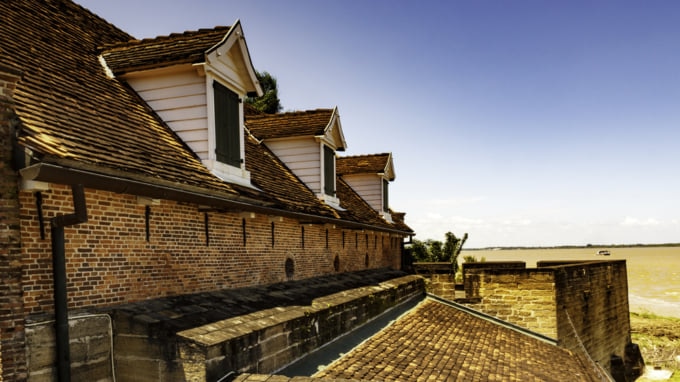 In 1640, the French built a wooden structure on the banks of Suriname River as a fortress to protect themselves against the British invaders, though the fort was captured and renamed later by the Dutch. Most ancient buildings in Suriname were built using wood, thanks to an endless supply from the Amazon forest. A sightseeing tour of the fort complex will give you an opportunity to go through the two-floor main fort building, a 1790s warehouse, wooden officers’ quarters and a guard house. The fort will give you a feeling of how Suriname was in the colonial times. The most favorable weather for sightseeing is during the dry season, either August-October or February-April. 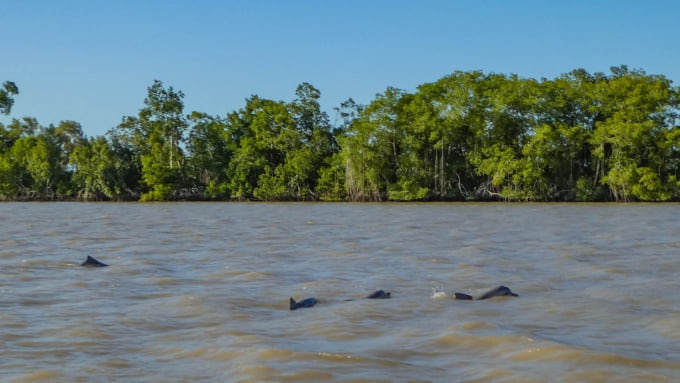 Commewijne River originates from Commewijne hills in the northern part of Suriname, hence its name. Sightseeing of the river can be done on boat, bike or you can rent a car to explore the river banks. The river is surrounded by coffee plantations from the old colonial times of Suriname. While touring the river, you can also spot various bird species, and also do not miss out the open-air museum at Fort Nieuw, which has exhibits from the slave trade period. The river may have a higher water level in the rainy season, but the dry season remains the most pleasant weather for sightseeing. 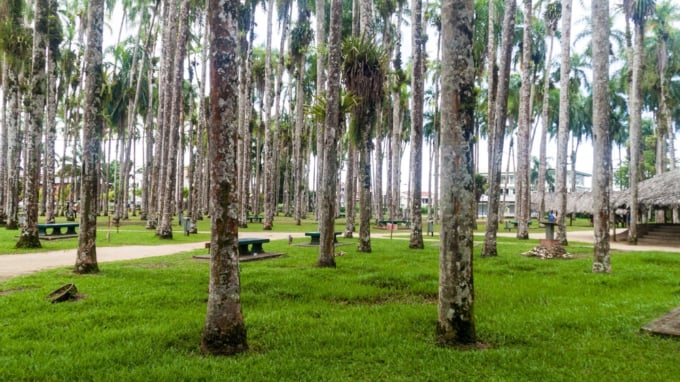 Palmentuin is a Dutch word meaning palm gardens. The garden is just behind the Suriname Presidential Palace and it offers a calm break from the hustle of the city. It has about 1000 royal palms which were planted in the 1600s, as an order of the first Dutch Governor in Suriname. There is a kids’ playground, several statues of importance to the history of Suriname and many benches to hang out on. The garden is a perfect place to cool down especially during the hot afternoons, but do not extend your sightseeing stay up to late afternoon since the garden is not well lit.

Peperpot Nature Park sits on an 800ha piece of land in the capital of Suriname. The park is along the river banks of river Suriname in a place which was once a coffee and cocoa plantation known as Pepper Pot. The park is a favorite for bird watchers as it is a home to more than 400 species of birds. It is also a natural habitat for cute monkeys, butterflies, and lizards. While sightseeing, you will need insect repellant to ward off mosquitos. Sightseeing the park does not necessarily need a guide as the trails are easy and well-marked.

Historical sightseers have a lot to admire from Jodensavanne, an agricultural community established by Jews who fled from Spain to Suriname in the 1600s. The Jews constructed the first synagogue in Suriname, which is still present at the site. There are also cemeteries with about 216 tombstones made with stones imported from Europe and beautifully ornamented. The synagogue and the cemeteries are the major monumental sightseeing spots at Jodensavanne. The best time of the year for sightseeing is during the dry months, as the monuments and most other parts or Suriname are prone to flooding during the wet period.

Paramaribo Zoo is the only zoo in Suriname, so you cannot afford to miss it. The zoo has been In Suriname for more than 40 years, and has most of the animals that you can find in the country. The notable animals include Surinamese monkeys, cayman, jaguars, the boa constrictor, and anacondas. Birds like the kingfisher and red ibis are a common sight too. There is also a children’s playground with swings, seesaws and slides. If you need a calm place to take a walk, this would still be an excellent choice as the zoo is quite extensive and not so crowded. Plan for your sightseeing tour in the dry season, especially before midday when most of the animals are awake.

Warappa Kreek is in the Commewijne District of Suriname overlooking the ocean. There are various historical sightseeing sites including a sugar factory still with steam engines, a steam car, and tombs. The creek is in a picturesque site in the middle of a mangrove forest surrounded by tunnels, trees, and a lush vegetation. Warappa Kreek also offers a spectacular view of North America’s bird species like the scarlet ibis. A private museum at the Kreek with a splendid collection of ancient items will take you back to the times of Suriname colonization. 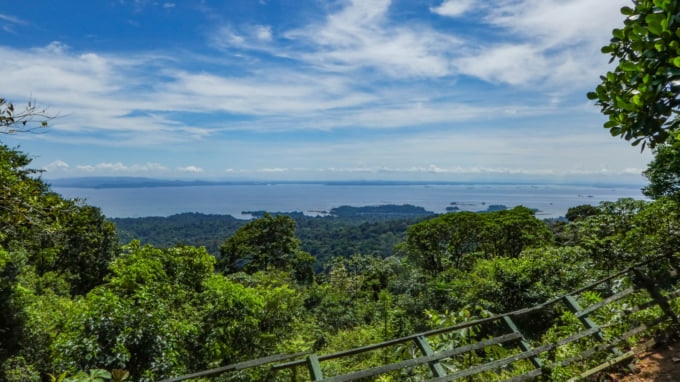 Suriname is a nature sightseeing paradise with many parks dedicated to biological diversity of its ecosystem. Brownsberg Nature Park is wildlife-rich, no wonder it attracts thousands of visitors each year. The park sits on a small mountain that is about 1600ft in altitude, which offers a splendid view of the surrounding vegetation and Brokopondo Lake. You will need shoes with a good grip to hike its adventurous rainforest trails. Brownsberg Nature Park also plays host to several creeks and two waterfalls dotted throughout the mountain. The trails are safest during the dry weather season.

The forests and excellent supply of water in Suriname make it an ideal place for survival of butterflies and birds. The climate and vegetation also make Suriname one the top countries with the highest number of butterfly species. Neotropical Butterfly Park just a few minutes from Paramaribo, is an irresistible sightseeing natural reserve with dozens of butterflies from Suriname. An insect museum is also at the park with many insect species, all drawn from Suriname’s rainforests. Next to the Insects Museum is an exhibition hall with a collection of impressive paintings.

There is a big difference between Suriname and many other destinations- it is remarkable and pleasant. The warm weather will allow you to indulge in its outdoor natural attractions. In addition, some of the wildlife species that you find in Suriname cannot be found anywhere else. For the food lovers, the Suriname cuisine is unmatched. Finally, Suriname is often overlooked, but it is no doubt that the sightseeing opportunities that it offers are intriguing. 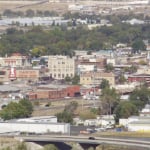 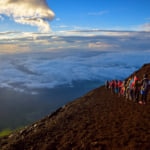 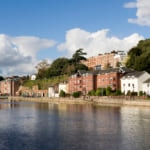 With many historical centers and world heritage sites like the Jurassic Coast, it is not surprising that Exeter is such a popular destinatio... 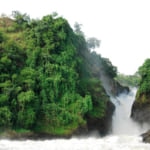 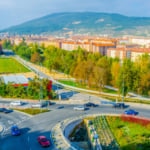 MOST POPULAR ON Suriname