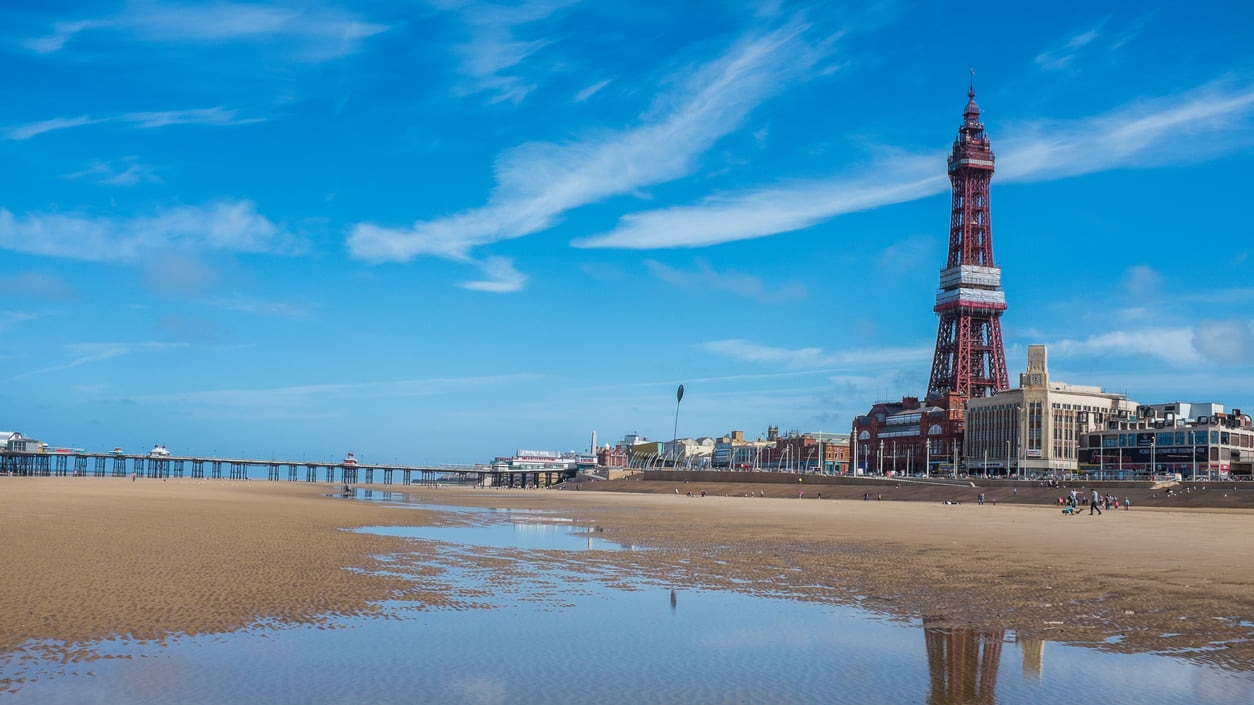 Blackpool is one of the Lancashire towns located in North West Britain on the Irish Sea. It had a population of 149,158 in 2017. The location of the city as a coastal area makes the city of Blackpool one of the tourist attractions in the United Kingdom. Blackpool has gained its importance since the mid-18th century when the British began to discover the importance of summer and beach tourism. Thus, Blackpool Beach, which stretches over 11 kilometers of beautiful yellow sand, has begun to witness an architectural renaissance. It has a nice climate and a wonderful nature that attract your eyes. 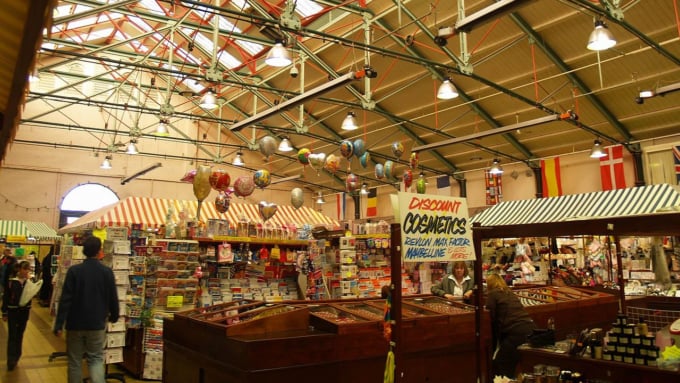 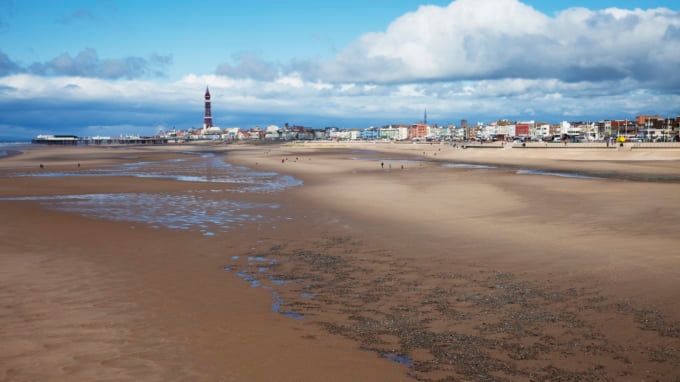 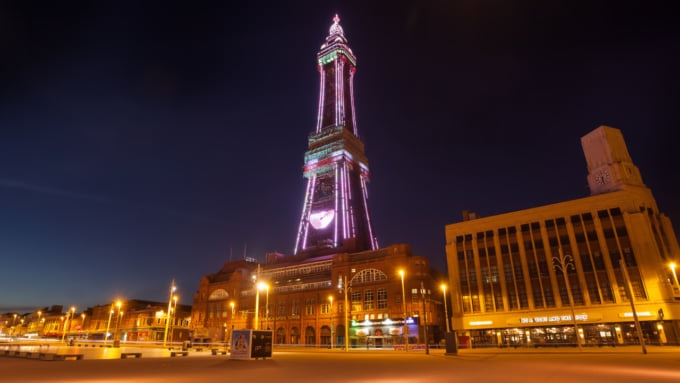 The Grundy Art Gallery is a historical gallery located in Blackpool. The Gallery was established in 1911. It contains paintings and artworks of local artists and UK artists. The Blackpool Council founded this Gallery with a financial help from the brothers John and Cuthbert Grundy; thus, the Gallery was named to these artists. The collections of Grundy Art Gallery includes contemporary prints, modern British paintings, jewelry and video, oriental ivories, ceramics, and photographs. Therefore, if you have artistic taste, you will enjoy seeing the artworks of UK artists. 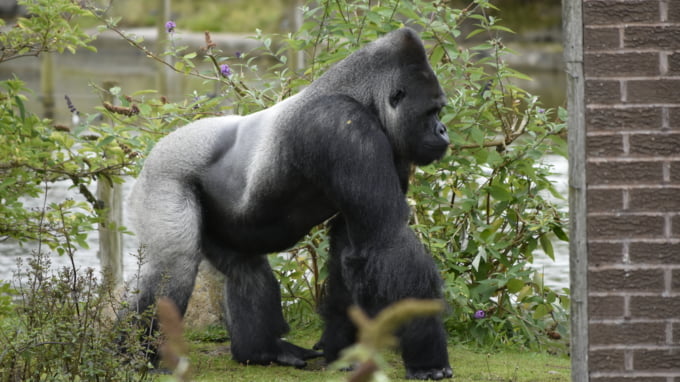 The Blackpool Zoo is a home to over 1,500 animals from the entire world, located in the seaside resort of Blackpool. Its area is about 32- acre. The owner of the Blackpool Zoo is Parques Reunidos, and it is opened to the public in 1972. The Zoo has plenty of animals that people want to see such as lions, tigers, elephants, orangutans, gorillas, penguins, giraffes, sea Lions, etc. The Zoo also provides high safety standards and excellent facilities for its visitors that make it a friendly place for the whole family.

The Grand Theatre is one of the famous theatres in England located in the city of Blackpool. It was established in 1894 by the Victorian theatre architect Frank Matcham. The project of Grand Theatre's construction is estimated £20,000, and it was financed by Thomas Sergenson who used the theatre to stage a circus for several years. Thus, the Grand Theatre is a good place to have a knowledge about English literature representing in the stage by actors. 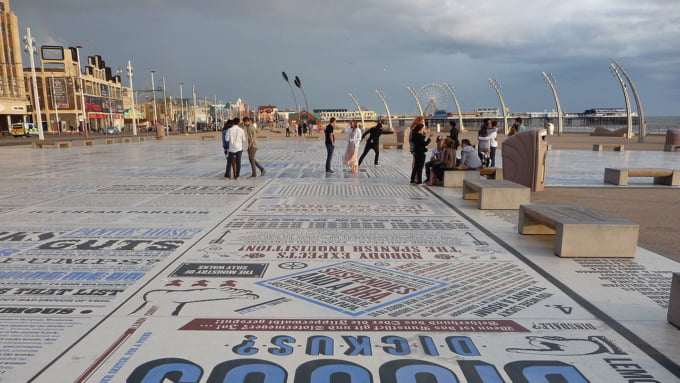 Comedy Carpet Blackpool is one of the tourist attractions in Blackpool, created by the artist Gordon Young in 2011. It is considered the largest piece of public art in Britain. The Comedy Carpet covers an area of 2,200m2 with 850 writers and comedians represented on the carpet. It is designed to celebrate the songs, comedy catchphrases, and jokes of Britain's writers and comedian. If you love laughing and comedy, the best place you have to visit in Blackpool is the Comedy Carpet, so you will entertain yourself as well as see Blackpool attractions. 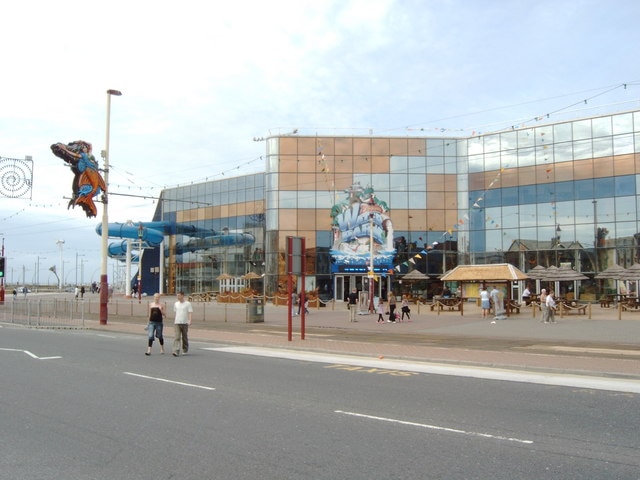 The Sandcastle Waterpark is the largest indoor Waterpark in the United Kingdom, located in Blackpool. The park contains 18 slides and many attractions that attract the whole family. This place is suitable for the whole family to entertain, play, and relax. Thus, if you one of those who needs entertainment, you have to visit Sandcastle Waterpark and you will have a nice and joyful day there. 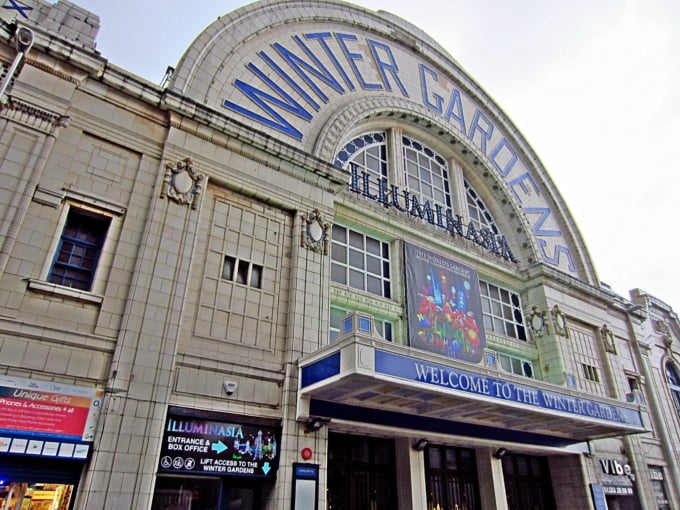 The Winter Gardens is one of the largest theatres in Britain located in the city of Blackpool. The winter Gardens opened to the public in 1878 and it includes many places such as Opera House Theatre, Empress Ballroom, Pavilion Theatre, Arena, Olympia, Spanish Hall, Baronial Hall, and Renaissance Hall. The owner of the Winter Garden is Blackpool Council, and it was built on an area of 6 acres. 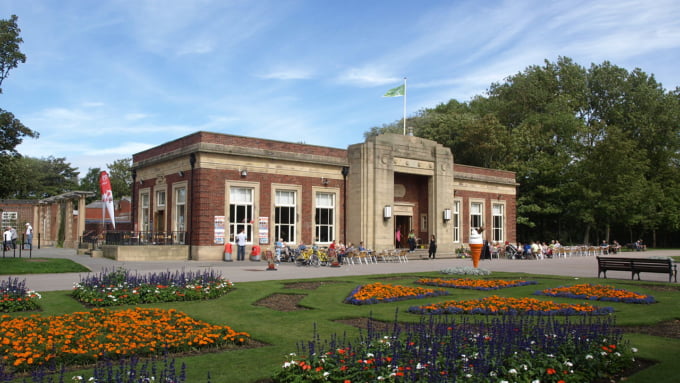 The Stanley Park is a beautiful public park located in the city of Blackpool. It covers an area of 390-acre with large green lands and a large fountain in the middle built with Indian marble. The park was created in 1926 by the designer Thomas Mawson. The park also has a lake that covers 22 acres. The enchanting nature of the Stanley Park makes it one of the tourist attractions in Blackpool; it has 2 million visitors annually. Thus, the Stanley Park is one of the fascinating parks in Blackpool that will attract your eyes from the first sight.

Blackpool is a beautiful place for tourism because of its location on the Irish Sea. It can be reached by car on M6 St, or by bus stops from Bristol, Lancaster, Nelson, Southport, and Fleetwood. It can also be reached by train via one of its two stations: North Blackpool Station and South Blackpool Station. Thus, you ought to seize the opportunity and spend this summer in Blackpool. 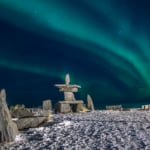 In the far northern part of Manitoba Canada lays the exciting town of Churchill. Located right by the Hudson Bay Churchill is really famous ... 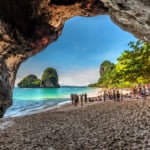 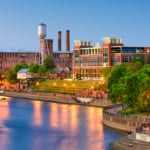 Columbus is the second largest city in the state of Georgia in the USA and is positioned 160 km southwest of Atlanta. It stands out due to i... 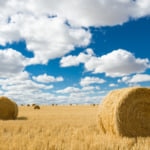 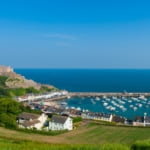