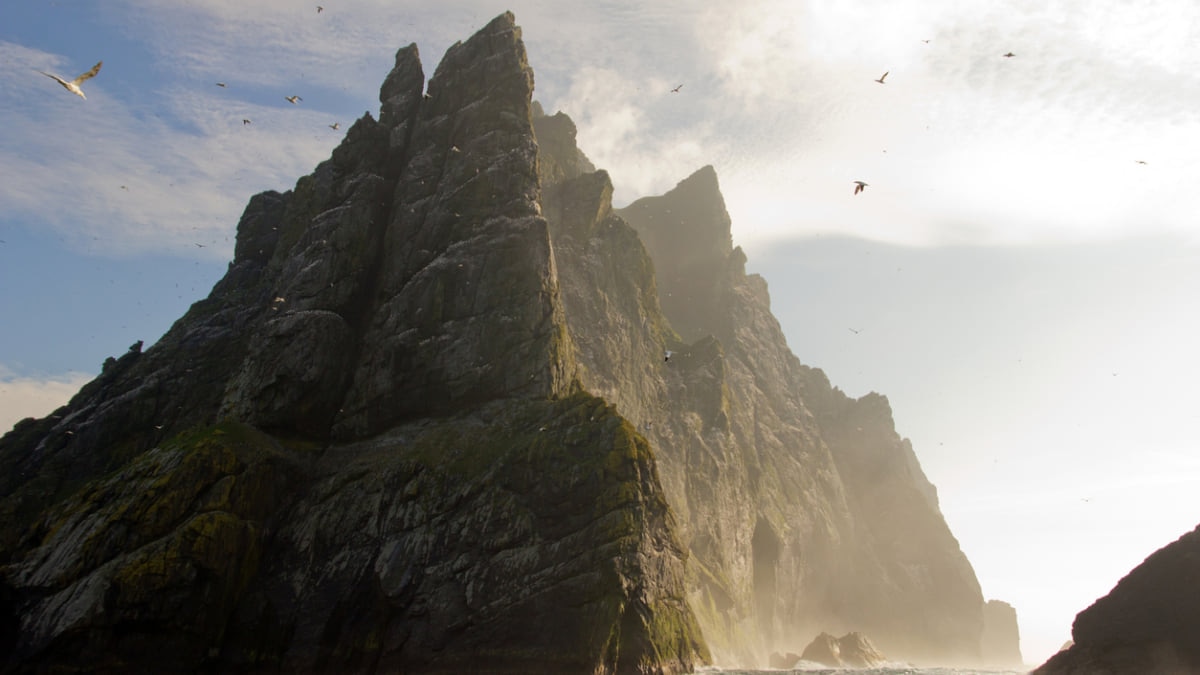 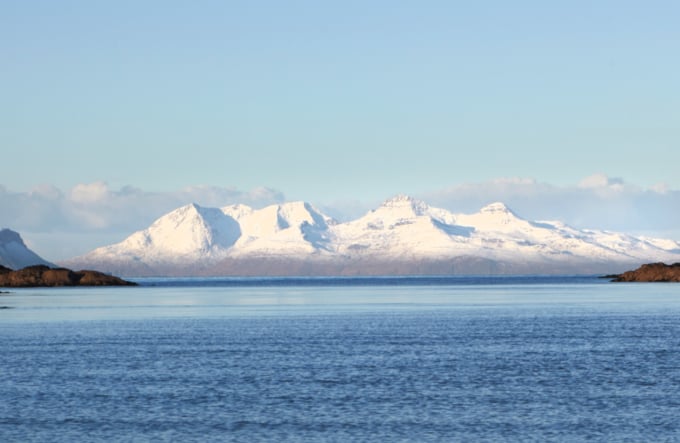 Despite the small size of the island, the Isle of Rum is packed with towering mountain peaks, giving it some of the most impressive scenery in Scotland.

As it can be a little more challenging to get to compared to some of the other islands, Rum sees much less tourism and is never busy even during the summer season.

There is no airport on the Isle of Rum, to get there take the ferry from Mallaig, which takes just over an hour. 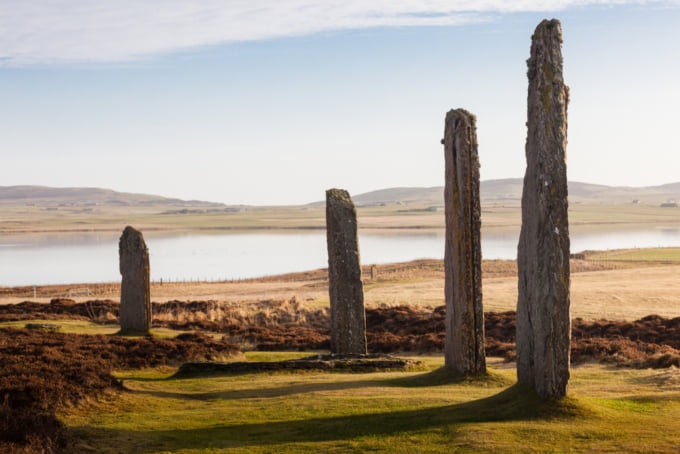 Further north from mainland Scotland, the Orkney Islands are particularly well-known for a number of incredible ancient archeological sites. The Heart of Neolithic Orkney UNESCO World Heritage Site is a collection of tombs, stone circles and ancient settlements scattered around Orkney. The village of Skara Brae in Orkney dates back as far as 3180 BC, older than Stonehenge or the Pyramids of Giza, and is wonderfully preserved. The Orkney Islands are also home to the world's oldest house, the Knap of Howar on the island of Papa Westray in Orkney dates back to 3700 BC, almost 6000 years ago. 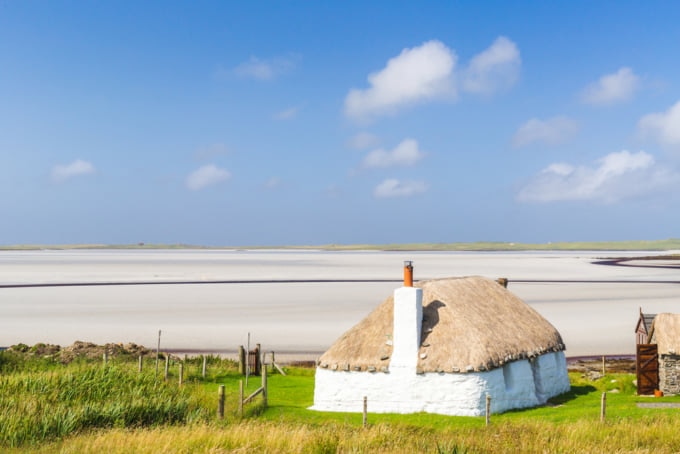 The far edge of Britain, North Uist is located in the outer Hebrides, a string of outlying islands of the Scottish archipelago. The scenery is stark and beautiful like many of the Scottish islands, but in Uist it feels even more remote, a certain charm and atmosphere that has people coming back again and again.

Although two separate islands, North and South Uist are connected by a land bridge. Getting around here by car is a must, the island is fairly well connected by road, and car rentals are easy to find in the main towns. South of the islands of Uist, the Isle of Barra is another of the beautiful smaller Hebridean islands.

Unique to the Isle of Barra, instead of a dedicated airport strip, scheduled flights to Barra land on a long stretch of beach. Landing on Traigh Mhòr Beach in Barra is an experience in itself and well worth the trip for the unique memory. 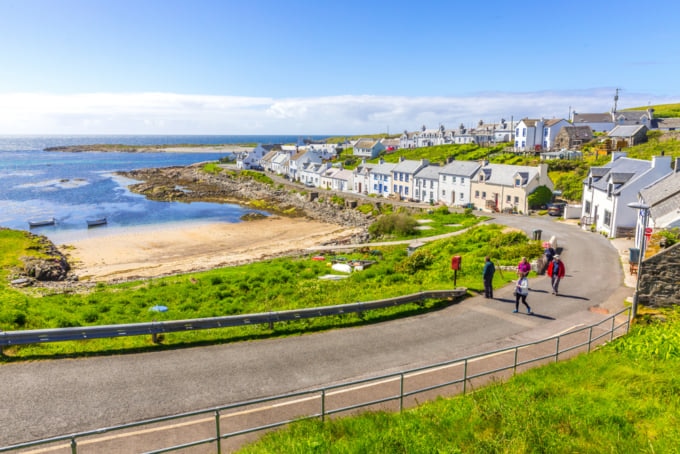 Even if you're not that interested in trying the local tipple, the island offers some beautiful scenery and quaint coastal towns like much of the Hebrides. 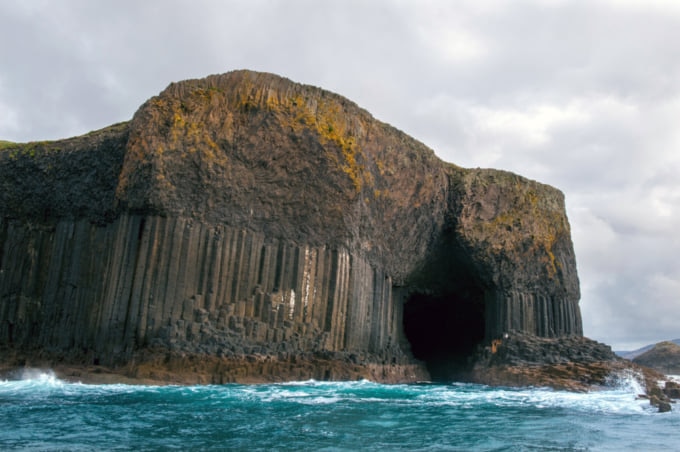 This tiny island off the Isle of Mull is famous for just one reason, the incredible basalt rock columns known as 'Fingal's Cave'.

The island became well-known when Sir Joseph Banks who visited in 1772, famously said "this piece of architecture, formed by nature, far surpasses that of the Louvre, that of St. Peter at Rome, all that remains of Palmyra and Paestum, and all that the genius, the taste and the luxury of the Greeks were capable of inventing." Whether or not that's true, the sight is certainly something to behold and worth taking a half day trip to see.

Isle of Harris and Lewis 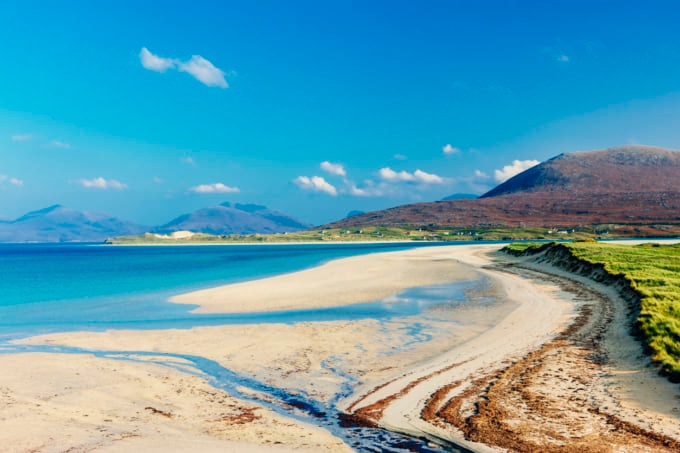 Not usually something most people associate with Scotland, a number of islands in the Hebrides offer some incredibly beautiful beaches. With stunning crystal clear water and golden sandy beaches, Scotland has some picturesque sandy coastlines, as long as the weather is clear. The beaches on the Isle of Harris and Lewis are some of the best, often looking like somewhere you'd expect much further south in the Mediterranean. 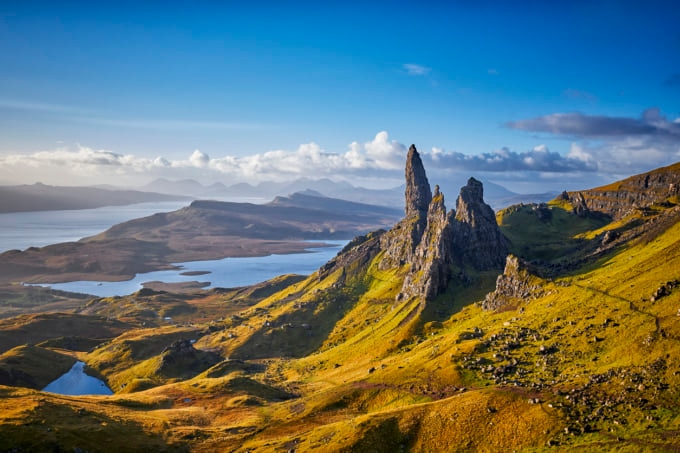 Easily the most famous island in the Hebrides, the Isle of Skye is easy to reach too, with a bridge from the Scottish mainland at Kyle of Lochalsh connecting the southern part of the island.

It's one of the most popular destinations in Scotland for good reason, the jagged peaks of the Cuillin Hills in the south and the iconic Old Man of Storr towards the north offer some of the most beautiful scenery in the UK. 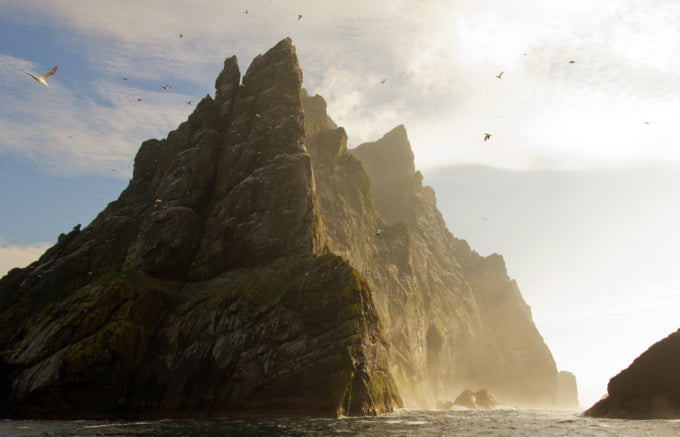 For those who truly want to 'get away from it all', the islands of St Kilda lie far to the west of the Hebrides, so isolated that no one lives there anymore. It's still possible to visit however, several companies offer day trips to St Kilda that depart from Leverburgh, Isle of Harris or from Oban on the mainland. The islands are a UNESCO World Heritage Site, the first in Scotland in fact, for their incredible scenery such as the towering sea cliffs.

Traveling Around the Scottish Isles

As most of the islands in the Hebrides are not connected by road (apart from Skye), transportation is limited to flights or ferry. Larger islands such as Harris and Lewis or Uist have airports with regular flights from some major cities in the UK, however smaller islands may not have an airport for public use or very infrequent flights. Note that the weather around the Hebrides and Highlands in Scotland can be quite unpredictable which can often lead to flights being cancelled, especially in the Outer Hebrides, Scotland's far western islands.

If you don't mind spending a little extra time, taking a ferry is usually the best option. Ferries from the city of Oban leave for a number of islands in the Hebrides, and neighboring islands usually offer connections to other smaller islands. 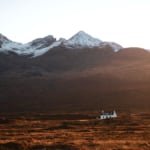 What is a Bothy? Stay For Free in Scotland As Long As You Follow These Rules

Scattered across the Highlands and rural areas of Scotland, a bothy is a small house that can be used by anyone, as long as you follow a few... 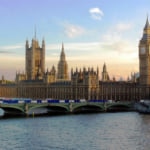 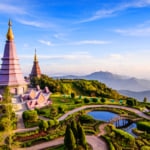 Chiang Mai is the major metropolis of northern Thailand and the fifth largest city in Thailand. It's surrounded by lush countryside and moun... 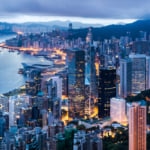 A melting pot of distinct cultures, Hong Kong, is where the east and the west converge harmoniously. It has long been a destination with a c... 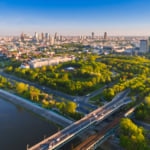 MOST POPULAR ON Scotland