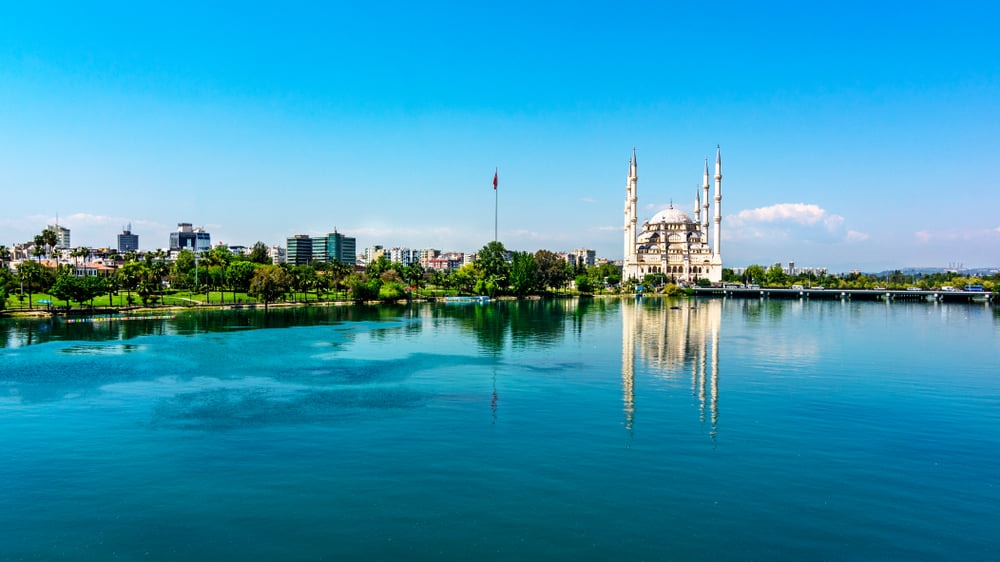 Adana is a city in the southern part of Turkey on the Seyhan River which cuts through the city. The town dates back thousands of years to the ancient Hittites with a handful of historical sites supporting this claim. Situated in the plains of Cilicia, it is Turkey’s fourth largest city and the center of the agricultural region producing cotton, citrus fruits, oats, sesame, and many more. It is an energetic city with excellent transport links to the rest of Turkey and into the Arabian Peninsula through Syria. From historical sites to modern cafes and bars, Adana has numerous attractions making it a popular destination that is worth a visit. 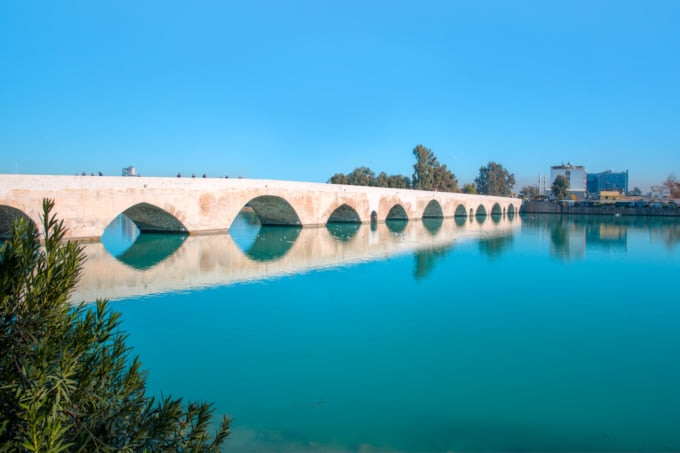 Taskopru is a stone bridge spanning the Seyhan River in Adana. It is the oldest bridge in the world that is still operational. Built somewhere around 120-135 AD by the Romans, the bridge has always been a vital transportation link leading to extensive care and repairs to keep it in operation. The bridge has a length of 310 meters and has 21 arches with 15 primary arches and six small relieving arches. In 2007, the bridge was closed to motor traffic and has since then been an important site to the city residents where most of the cultural and social functions are held. If you are in town during any such event, it is an excellent opportunity to interact with the locals while learning about the history of the area. 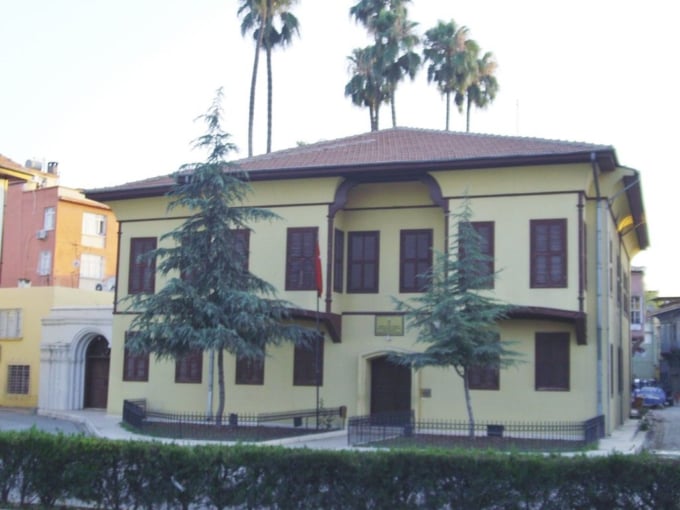 The Ataturk Museum in Adana is located on Seyhan Street and is open every day apart from Mondays. It is named after Kemal Ataturk, the founder of the Republic of Turkey and also its first president. During his visits to Adana, Ataturk stayed in the house and as such, it is of historical significance to the residents of Adana and has been restored into a wonderful museum that is a must visit while in town. It exhibits items depicting the War of Independence and the first years of the republic at the mansion. Opened in 1981, the museum is registered and protected by the Ministry of Culture and Tourism as an immovable cultural asset. Every year on 15th March, an official ceremony celebrating Ataturk’s visit to Adana is held at the museum, and as such, it is the best time to visit to experience the connection of the people to this mansion. 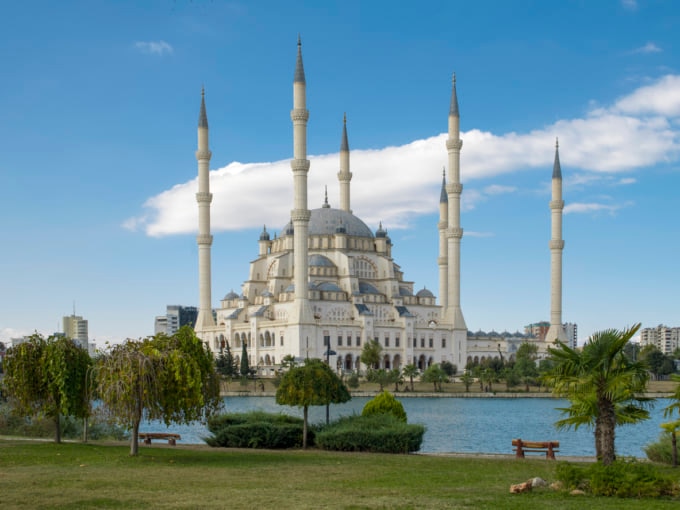 Opened in 1998, the Sabanci Central Mosque instantly became a symbol of the city due to its stunning architecture and its strategic location on the major transport links connecting Adana to the surrounding provinces. It is the largest mosque in the Balkans and can accommodate up to 28,500 worshippers. The six minarets are the most identifiable feature of the museum four of them at the height of 99m and the smaller two at 75m. The interior of the museum is as exquisite as its exterior with magnificent calligraphy works and elaborate painting and tile patterns. There are four panels facing Kiblah which are the largest in the world and a sight to behold. Given the mosque’s imposing presence it is impossible that you will miss it so saunter in and marvel at its beauty or relax in the vast well-manicured lawns.

Merkez Park is an 82-acre public park located a few meters from the Sabanci Central Mosque. The bigger portion of the park lies on the west bank of the Seyhan River with only about 8 acres on the east bank. The park is a popular relaxation point for locals and tourists alike and is, therefore, the best place to mingle and learn about this historic city. The park is well landscaped with a wide variety of plants and trees. There are about 3km of cycling and walking paths and a youth section with a skating court, mini-amphitheater, and ground chess. There are also over ten ponds in the park and a children’s playground. For those into rowing, there is a rowing club within the park providing rowing at the Seyhan River. 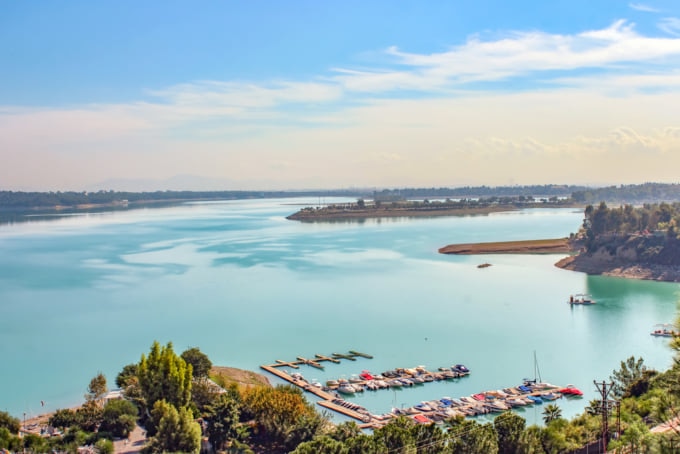 Seyhan dam and its artificial lake are located to the north of Adana’s commercial district in Cukurova. Built in the 1950s through funding from the World Bank, the hydro-electric dam is a lovely place to relax and picnic with your loved ones. There is a love island in the middle of the park that is very popular among visitors. It is advisable that you make plans beforehand as it can get hectic and you may lose out on the best the lake has to offer. Even then, do not worry as there are many restaurants and clubs along the lake where you can grab a bite or a drink while taking in the beautiful views of the lake. Not far from the lake is the Lunapark, an amusement park with a variety of activities that the whole family will love.

Adana Cinema Museum is situated on the west side of the Seyhan River and is dedicated to the cinema of Turkey. It places particular emphasis on the relations between actors, directors, and producers native to the area. Established in 2011, it is housed in a renovated old townhouse with exhibits spread across its two floors. The ground floor is dedicated to movie posters with at least one name on each poster being a native of Adana be it as an actor, director, or a producer. In the first floor are photos and artifacts on display of notable people from Adana associated with cinema. There is also a library in the museum. 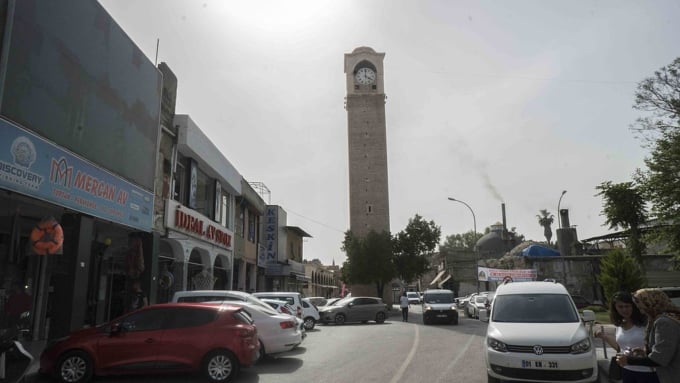 Buyuk Saat is a historic clock tower located in the old town in Adana. With a height of 32m, it is also the tallest clock tower in Turkey. Its construction began in 1879 and was completed in 1882 during the Ottoman era. Designed by two Armenian architects, the tower has stood as a major landmark in Adana since then. The busy streets and the lack of a pedestrian area at its base may not allow you to stay for long, but the imposing presence of the tower is undoubtedly a sight to behold. It is also surrounded by many artisanal shops and stores where you can shop for a souvenir or saunter into one of the cafes as you take in the atmosphere of the old town. 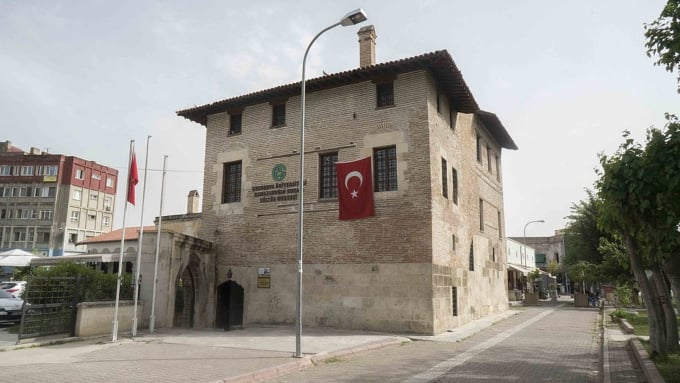 Not far from the Buyuk Saat clock tower is Ramzanoglu Hall, an old government residence in Adana. The mansion was built in the 15th Century as the official residence of the Ramadanids while also serving as a government office. It also served as a residence for visiting sultans during the Ottoman era. The hall has undergone various restoration works over the years and is run by the Cukurova University. It is now a cultural center open to the public, and it also hosts concerts, meetings, and conferences. The 3-story structure is near the Ulu Cami or Great Mosque, a 16th Century mosque that is also worth a visit.

Ataturk Park is a public park in downtown Adana that is worth checking out while in the area. The vast park has pathways, trees, flowers, and statues creating a serene environment ideal for relaxation. There are also many birds whose chirping makes one feel as if you are somewhere in the wild and not in a bustling part of town. The many trees make it a beautiful place to escape the afternoon heat that may be too warm for your liking. Frequented by locals as well as tourists, it is an ideal location for social interaction.

Mavi Su Aqualand is a waterpark located on the eastern bank of the Seyhan River just across the Sabanci Central Mosque. The park has a couple of waterslides, a wave pool, the lazy river, and a kid’s area. Adana can at times become very hot, so this park is a nice place to cool off in the heat while at the same time having a blast. Professional lifeguards ensure your safety, and one also needn’t worry about the kids as there are pools for them. Refreshments are available through a refreshment’s card that one loads at the ticketing booth, and as it is located at the main gate, it is advisable to plan wisely to save yourself the long walk.

Adana is a fun and energetic city which grows on you as soon as you land and stays etched into your memory long after you are gone. It is a truly magnificent place with a variety of attractions to suit any preference or age group ensuring that any visitor to the city has a memorable time. 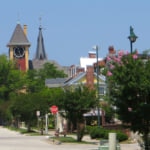 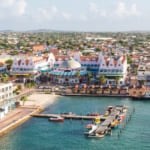 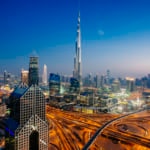 Dubai：10 Things to do in the Futuristic City of Gold

Dubai has seen a spurt of incredible growth fueled by its huge oil reserves financing its splendor. Located on the southeast coast of the Ar... 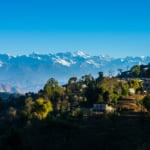 With much of the country snaking across the magnificent Himalayas, you'll find beautiful scenic vistas are abundant in Nepal. While you coul... 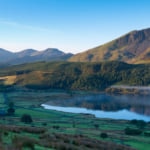