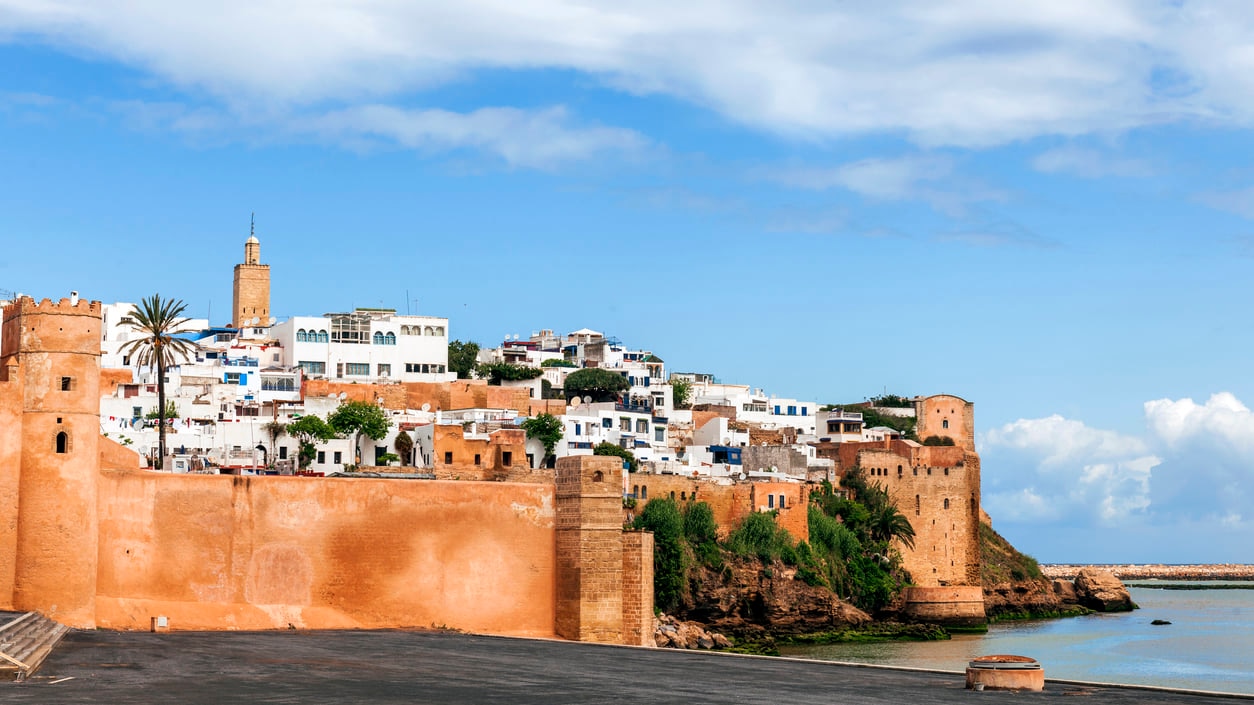 Considered not only the capital of Morocco but also a beautiful city in which its modernity is surprisingly mixed with the purest tradition, in addition to its privileged situation facing the sea, gives beautiful views throughout the stay. Therefore, we have made a mini Rabat Guide, with the practical information you may need, and a list of everything you should not miss during your trip to Rabat, which we hope will be useful, or even better if we can inspire you. 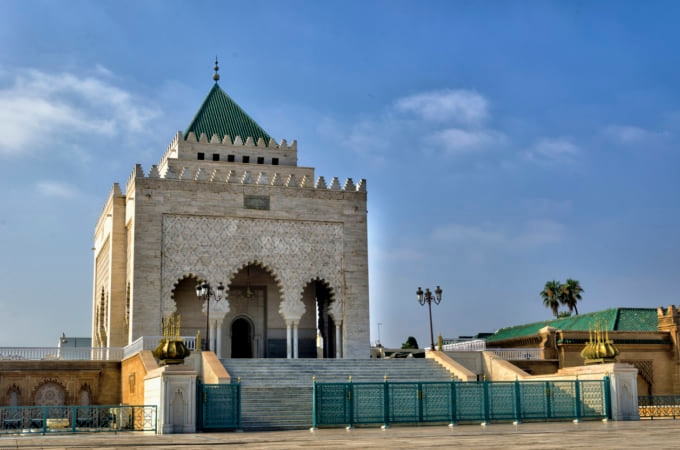 It is the main attraction of Rabat. The tomb of the "father of Moroccan independence" is simply spectacular. They designed it nothing more and nothing less than 400 different artists, and it is of Arab-Andalusian classic style, within the traditional Moroccan art. Mohamed V has been one of the most beloved kings in the history of the country. He refused to apply the anti-Semitic laws of the Vichy regime and came to protect more than 400,000 Moroccan Jews. The site where the mausoleum is located is highly symbolic. When he returned from exile in Madagascar, on November 18, 1955, he announced the independence of the Moroccan kingdom on the esplanade of the Hasan Tower, precisely where the mausoleum was built. Your visit is a must do in Rabat. It is important to know that the entrance to the adjacent mosque is prohibited for non-Muslims. If you want to see the tomb of Mohamed V and his family, you will have to do it from a vantage point at the main entrance of the mausoleum. 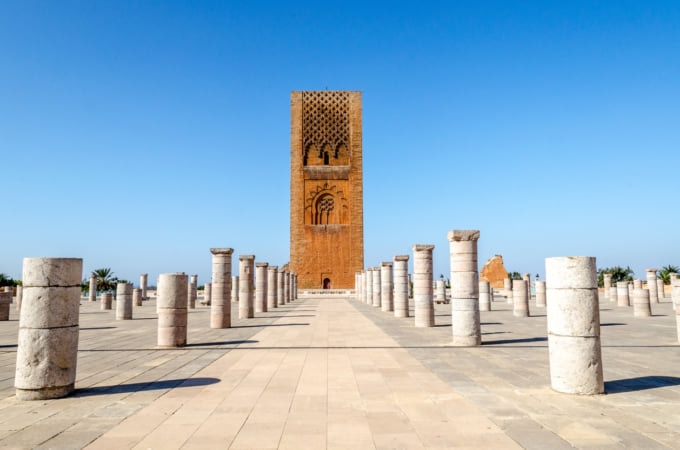 The Tower of Hassan reminds us of the Giralda of Seville or the Qtubia of Marrakech, considered sister towers to be built by the same architect. The tower was to be part of the second largest mosque in the world, according to the project of the Almohad Sultan Yaqub al-Mansour, but it was abandoned after his death in the 12th century. In this way, the tower or minaret only reached 44 m. of 66 m. planned, and the mosque, destroyed by the great earthquake that also devastated Lisbon (1976), you can only see the columns that fill the place with personality. 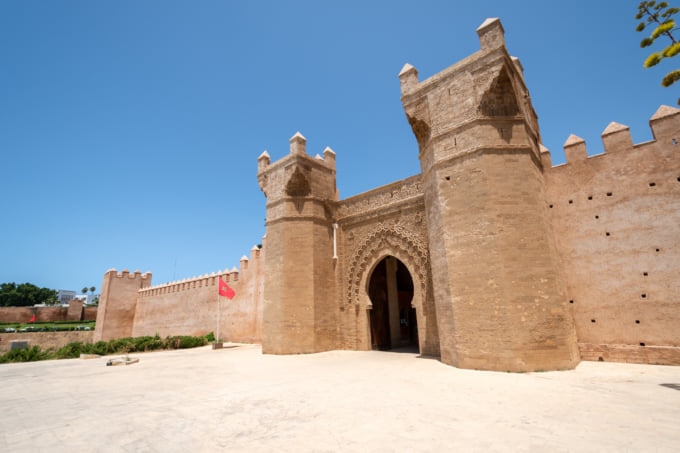 If you visit Rabat, you cannot miss the Necropolis of Chellah. Phoenicians, Romans and Arabs lived in this location. Although probably the Phoenicians were the first to occupy the place, the city did not develop until the arrival of the Romans. The place was perfect: located near the Atlantic and next to Bou Regreg, a navigable river. However, centuries later the Romans abandoned it, and then the Arabs settled. They built a mosque, several sanctuaries, and a madrassa, among other buildings. Without a doubt, it is an excellent historical place to understand more about the region, its occupation and the different cultures that followed one another. 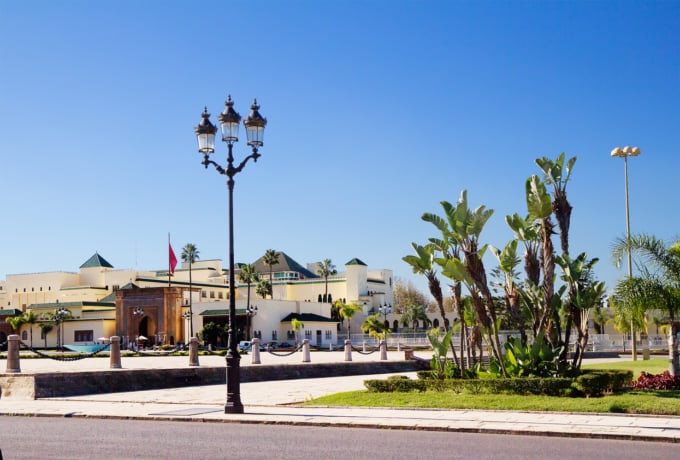 Like all the major cities of Morocco, Rabat has a Royal Palace. As you might well imagine, the King of Morocco does not reside in this spectacular palace. It is used as the seat of the Government and other institutions since Rabat is the political and institutional center of the country. The entrance to the building is completely prohibited. In fact, there is a lot of security. If you want to see it, you will have to settle for walking through its gardens and observe it from afar. And above all, do not take pictures of the guards. 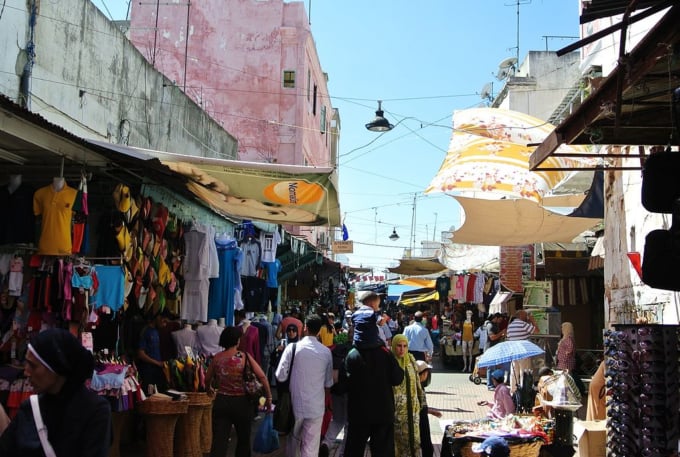 This is another one of the best things to do in Rabat. If you've been in Fez or Marrakech, the Medina of Rabat will seem little. It is entirely different, mainly for its architecture, Andalusian style. The buildings were built in the 17th century, coinciding at the time that the Muslims arrived from Andalusia. The street of Los Cónsules or Rue des Consuls is one of the main streets, and there you can find products of all kinds. 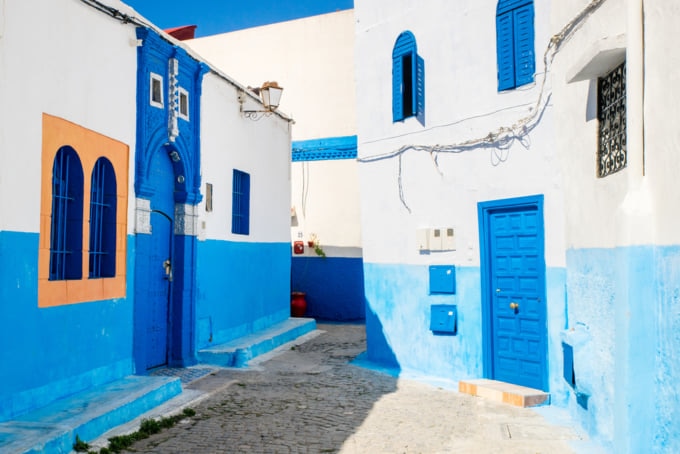 One of the corners that you will love is the Kasbah of the Oudayas, a fortified city of the twelfth century, strategically located at the highest point and next to the sea, to facilitate the work of defense and surveillance. When you enter the interior, it becomes a different place, fresh, picturesque and cozy, with labyrinthine streets flanked by white and blue painted houses that flow into bucolic gardens and the oldest mosque in the city, Masjid Al Atik. Without a doubt, it is a highly recommended walk that reminds of cities in the north of Morocco, such as Asilah. In fact, the Kasbah became an independent corsair republic, when Philip III expelled the remaining Moriscos in Spain in the seventeenth century, mostly from Hornachos (Badajoz) and other points of Extremadura and Andalusia.

It was built in 1912 by the French during their protectorate. They wanted to build a different neighborhood on the outskirts of the Medina as a residence for French bureaucrats. In fact, the Ville Nouvelle de Rabat was the first in Morocco. Art Nouveau and Art Deco architecture abound in these parts of the city. The contrast with the alleys and narrow streets of the Medina is surprising. The main artery of the Ville Nouvelle in Rabat is Avenue Mohammed V. 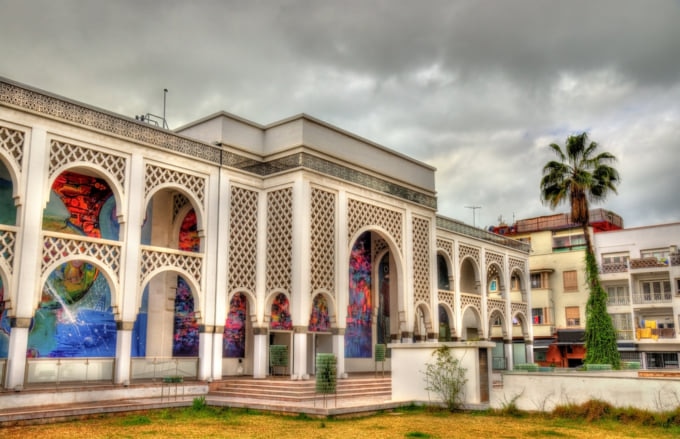 In Rabat, there is no museum as impressive as this one. Only the building itself is worth it. The museum houses modern and contemporary Moroccan and international art. As a curiosity, it is the first large-scale museum built in Morocco since the independence of the country in 1956. In general, the museum contains works by more than 200 Moroccan artists. Undoubtedly, a curious visit to do in Rabat. Admission costs 40 dirhams (about € 4).

Rabat is the capital of Morocco and the second most populous city in the country after Casablanca. Despite its political importance, in the tourism framework it remains in the background (although unfairly). You will not be short of things to do in Rabat: from enjoying the fantastic Necropolis of Chellah to getting lost in the blue of the Kasbah of the Udayas. 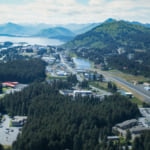 Kodiak is city full of natural wonders and attractions. Kodiak is situated in Southwestern Alaska. Impressive great summers are the main dis... 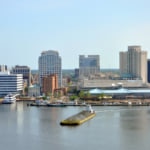 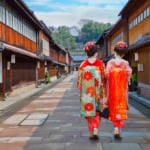 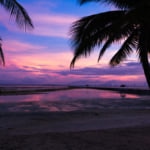 Easily reachable from all over the world through the major transport hub of Cebu-Mactan Airport, Mactan Island offers a wide range of things... 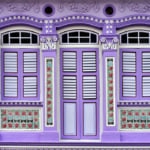