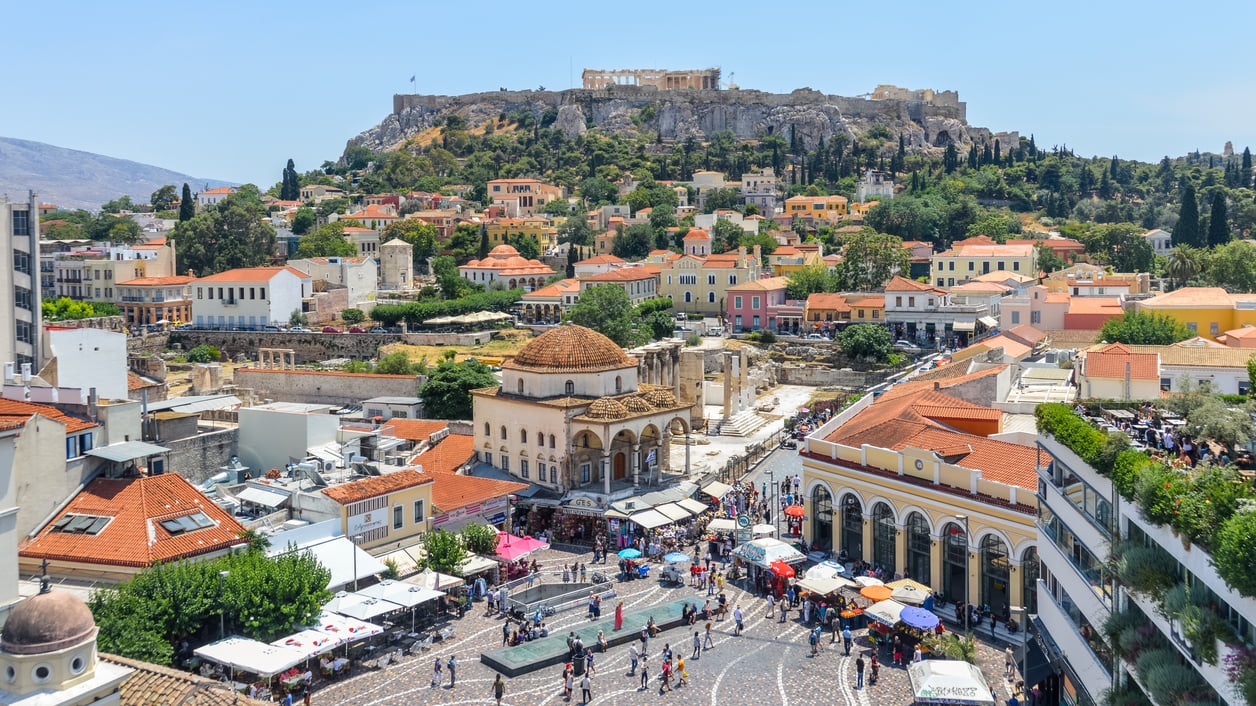 The pearl of the Mediterranean region, Greece is scattered with beautiful islands offering some of the best beaches in Europe. Explore the numerous ruins and structure of the once mighty ancient Greece and witness the splendor and sophistication of this bygone empire. Here are some destinations you have to see when visiting this Mediterranean gem. 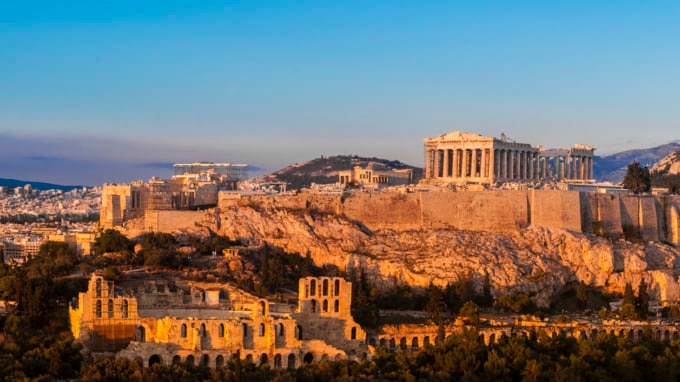 The perfect place to start your adventure into ancient Greece, the Acropolis of Athens contains several structures of huge historical significance, the most important of which being the Parthenon. This ancient citadel was built mostly in the 5th century BC with the Parthenon serving as a temple to worship the Greek gods. 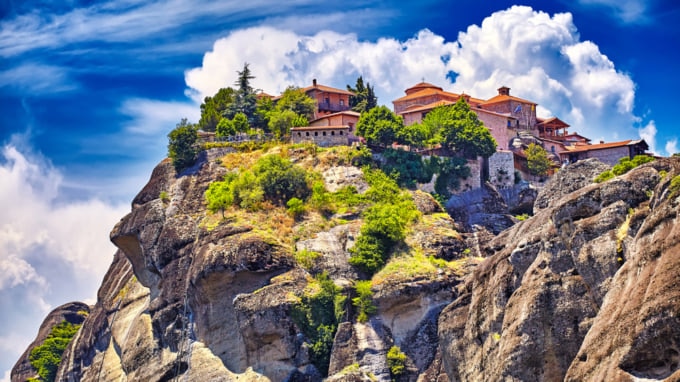 A complex of monasteries built into the incredible natural pillars that stand out around the local area, Meteora is a great example of why Greece has so much more to offer than just its myriad of popular Mediterranean islands. These unusual pinnacles of rocks were formed over millions of years from erosion by weather extremes. The stone hills were first inhabited by a group of hermit monks who chose the location after wanting to exist in solitude, the sheer cliffs helped prevent anyone from making an unwanted visit. Eventually the monasteries were built as a place to hide from the common attacks by Turkish raiders that often threatened the area. The spectacular scenery here really can't be found anywhere else on earth, a sight you have to see for yourself in person. 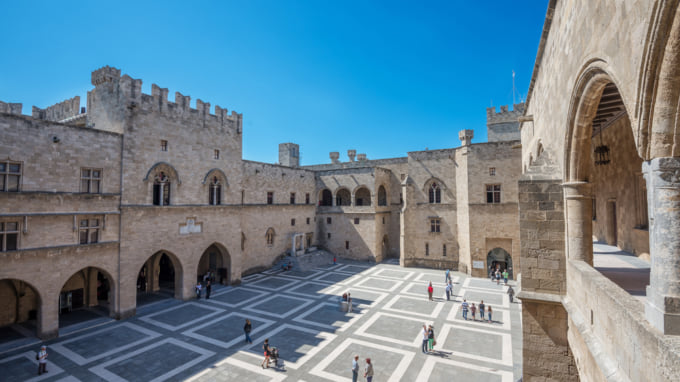 The perfect balance of beach relaxation and historic excursions, Rhodes is a Greek seaside paradise in the Mediterranean Sea with a long history dating back to ancient Greece. The town is well-known for once being home to the Colossus of Rhodes, a huge statue of Greek sun-god Helios that was one of the Seven Wonders of the Ancient World. Although the statue was destroyed long ago by an earthquake, there are still numerous historic buildings and structures to visit. One of which is the Palace of the Grand Master of the Knights of Rhodes, a medieval castle erected by the Knights Hospitaller in the 14th century. 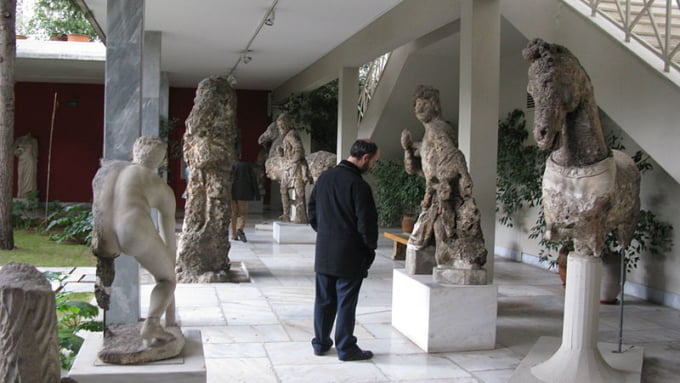 The greatest collection of artifacts from ancient Greece, anyone interested in the country's fascinating history would be advised to check out the National Archaeological Museum of Athens. The museum does a great job of painting a picture of life and culture during the ancient empire with a plethora of important objects and art from the period. 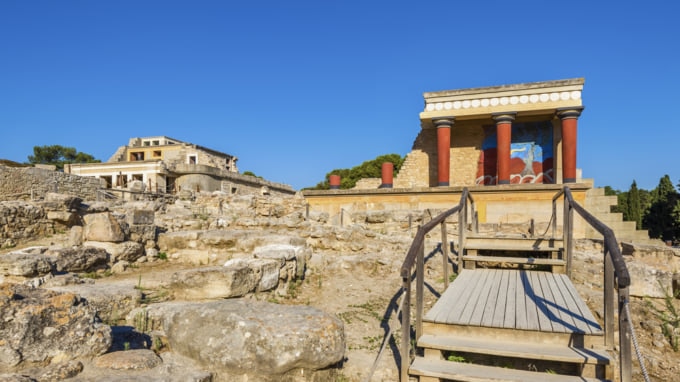 The southern Greek island of Crete was once home to the ancient Aegean civilization known as Minoan with its stronghold of Knossos. The archaeological site has been described as the oldest city in Europe, dating as far back as 7000 BC and its first palace was built around 1900 BC. The site offers a great insight into the early civilizations in ancient Greece with the nearby Heraklion Archaeological Museum hosting a wide range of Minoan art and objects. 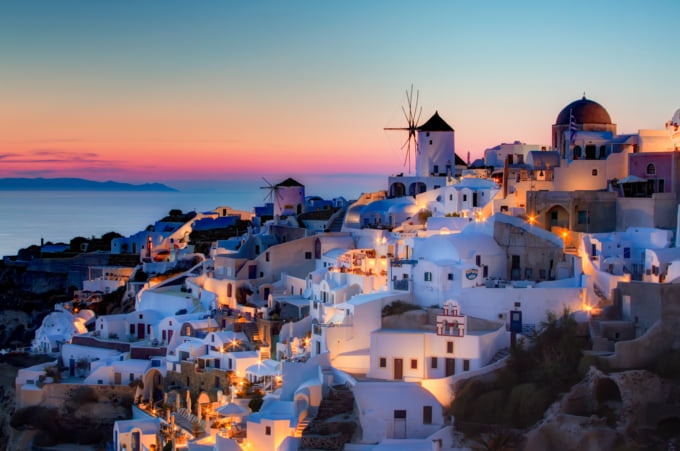 One of the most picturesque villages in the world, Oia is popular for its charming white-walled houses built up a rocky cliff-face on the island of Santorini. Often seen as one of the most romantic towns and getaways in Europe, the location is particularly famous for its gorgeous sunsets as the golden sun clashes perfectly with the chalk-white architecture. 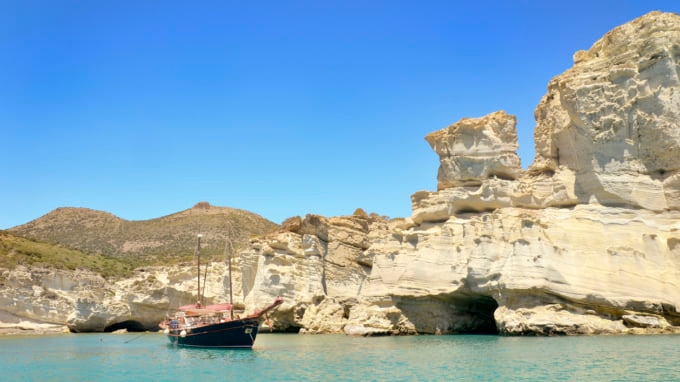 Kleftiko is a popular spot on the island of Milos known for the picture-perfect view of its white cliffs and crystal-clear waters. Due to the rocky terrain the bay can only be reached by boat, many of which set anchor there to swim in the beautiful waters there. The area is often referred to as the Sea Meteora, comparing it to the rocky landscape where the monasteries of Meteora are built. 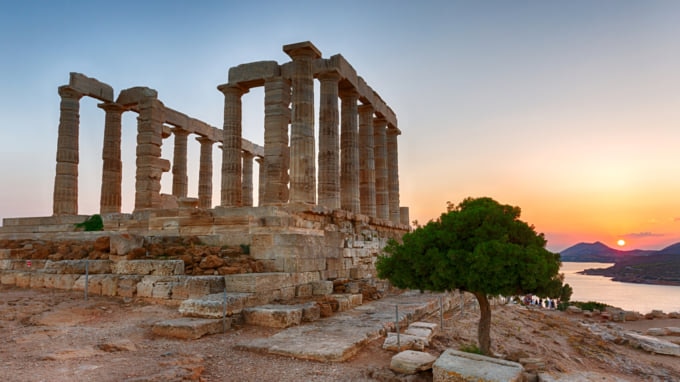 Another of the ancient monuments of ancient Greece, the Temple of Poseidon was built around 440 BC at the tip of the Attic peninsula. Although the temple is mostly in ruins, it still allows you to comprehend the magnificence of this structure and marvel at the beautiful white marble. The location of this temple is also stunning, perched on a cliff on the coast offering views across the Aegean Sea.

A perfect spot to both relax and discover the rich culture of ancient Greece, this Mediterranean nirvana is brimming with some of Europe's finest scenery. Be sure to dip your toes into Greek cuisine while visiting the region, the dishes you'll find here are some of the tastiest and healthiest in the world. 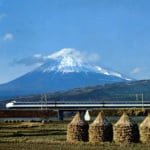 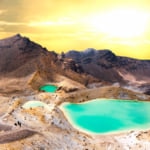 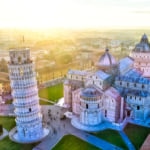 Italy has a lot of fascinating cities to explore and Pisa is one of the most beautiful. Located in the popular Tuscany region, Pisa is best ... 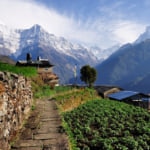 Nepal allures visitors with the incredible Himalayan mountain range, ancient and impressive buildings in its royal cities and its inimitable... 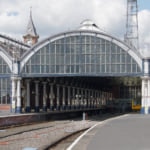