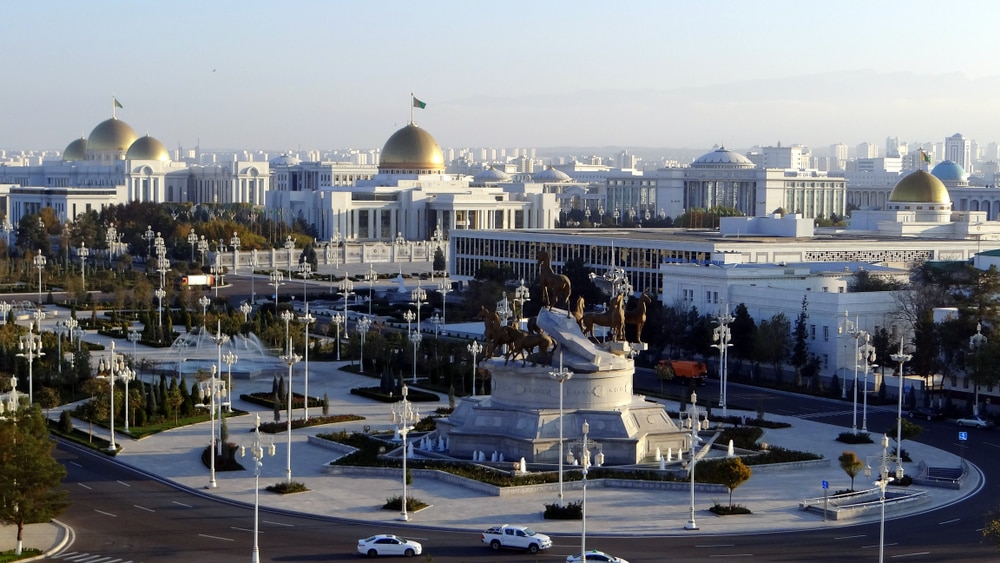 Turkmenistan is well known for its eccentric leader in the latter part of the twentieth century, who decorated the country with statues of himself and giant monuments praising him. There is however a lot more to see in the country, including some amazing ruins and archaeological sites which are world-famous.

This stunning site should be on the list of every person sightseeing in Turkmenistan. Sometimes called the Gates of Hell, this 230-foot wide hole has a huge fire in it which has been burning since 1971. It was accidentally created in Soviet-era Turkmenistan when the ground collapsed beneath a drilling rig. Worried that the fumes which were released would damage the health of those in Turkmenistan it was decided to set them on fire. The fire has not gone out since. Visitors who are new to Turkmenistan should take a sightseeing tour to see this attraction since it is easy to get lost as the Gas Crater is some distance from the road. 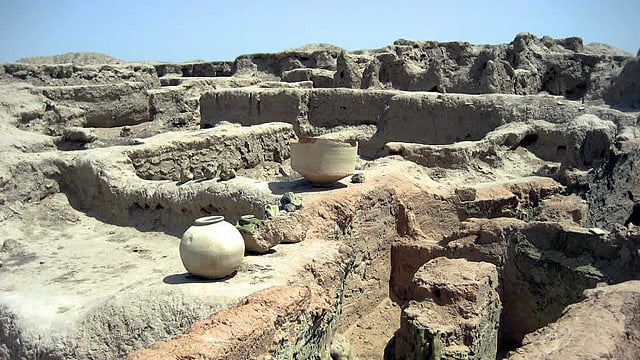 One of the main reasons people decide to sightsee in Turkmenistan is to see the ancient bronze-age villages which are being excavated there. While there are many villages you could add to your sightseeing tour the one at Gonur Tepe is probably the best to see in all of Turkmenistan. The village was first discovered in 1972 and is now open to the public. The best sightseeing attractions at Gonur Tepe are the Royal Palace and the Acropolis. The road to get there is very rough, more so than most roads in Turkmenistan. You should be aware you will need 2 hours and a good vehicle to get there from the nearest town of Mary. 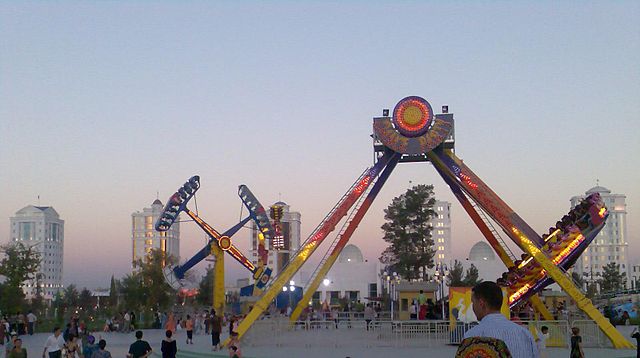 This is one of the strangest sightseeing attractions, both in Turkmenistan and the world. The dictator and self-proclaimed “Father of Turkmenistan”, Saparmurat Niyazov ordered this theme park to be built before he died. Since he called himself “Turkmenbashi” he named the theme park after himself. Few people have visited however, and most who do visit are here to sightsee more than to ride on the attractions. The park features rides and unusual statues of animals, dinosaurs and even a fake British pub, all of which are falling to pieces slowly. Be sure to ask for directions as like many places in Turkmenistan, signs are not easy to find or follow.

This unbelievably huge monument celebrates Turkmenistan’s independence from the USSR, which happened two months before the collapse of the USSR. It features 27 statues of Turkmenistan heroes, and of course has a giant statue of Saparmurat “Turkmenbashi” Niyazov at the center. While it may not very accurately reflect the story of Turkmenistan’s independence it is an excellent spot for sightseeing thanks to the enormous minaret and many elaborate fountains. Visitors may also wish to sightsee the Museum of Turkmen Values, which is located underneath the giant golden dome in the monument. 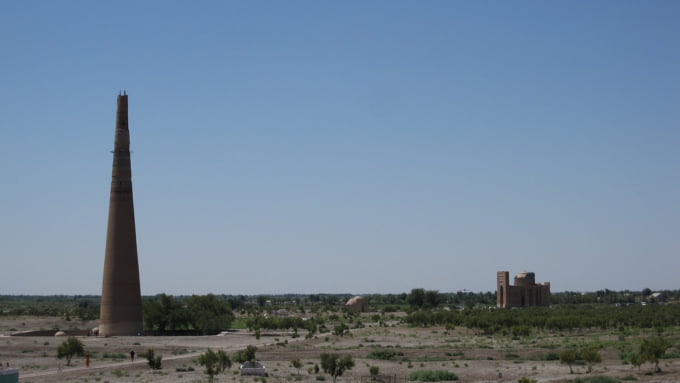 While this amazing 12th-century sight is one of the top sightseeing attractions in Turkmenistan, it is not fully known what it actually is. Many people believe this is a mausoleum, but others think it may be a throne room. It is probably the most impressive architectural construction still able to be seen by sightseers not just in Turkmenistan, but across the whole of Central Asia. The complex consists of a mosaic with 365 sections, with 24 arches below and 12 bigger arches below this. These represent the days of the year, the hours of the day and the months of the year. You can see the Turabeg Khanym complex while sightseeing the whole of the UNESCO World Heritage Konye-Urgench site. 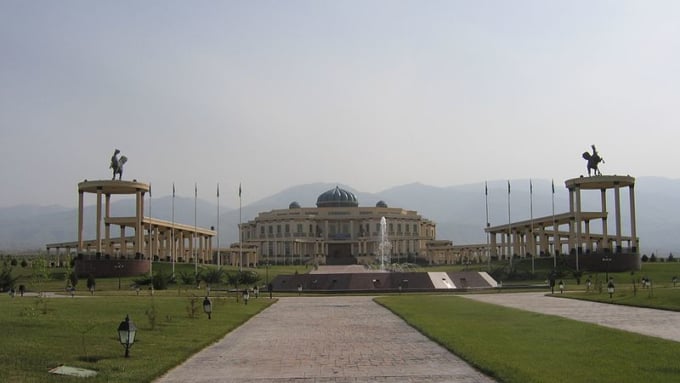 A good stop for those interested in sightseeing some of Turkmenistan’s history is the National Museum of Turkmenistan. The museum is made up of three parts. The best of the three is the History museum, which contains many fascinating relics from the Bronze Age. There is also a display of Neolithic tools found in western Turkmenistan and a collection of wonderful rhytons, ivory artifacts important in the Zoroastrian religion. If you have time for more sightseeing then the presidential museum hosts huge photos of former leader Saparmurat Niyazov, and is an interesting insight into the personality cult of the controversial president. 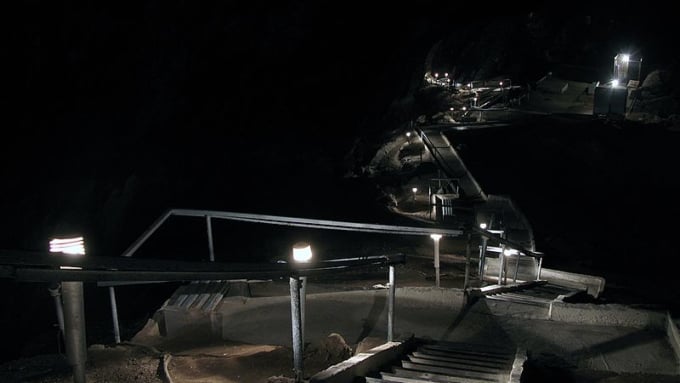 In recent years, more visitors sightseeing in Turkmenistan have begun to enjoy underground swimming in naturally heated lakes. The best of these in Turkmenistan is the Köw Ata Underground Lake. You need to descend down a long staircase after entering through a cave to find the lake. Once there you will see a lake of beautiful clear water which has a natural temperature of over 30 degrees Celsius. Taking a swim is a welcome break from the busy sightseeing offered in Turkmenistan, and is easily done as the lake is clearly signed from the road between Ashgabat and Balkanabat. 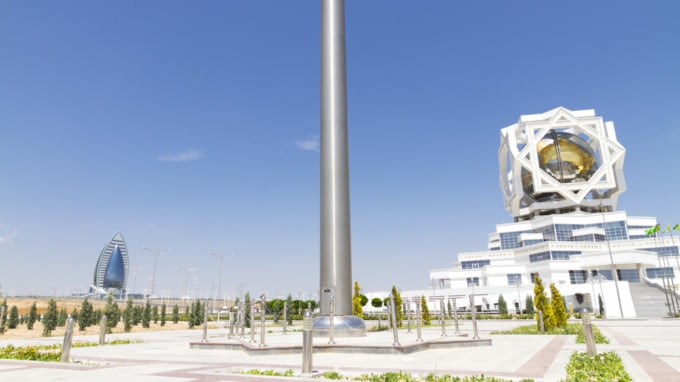 For those who are interested in more than just sightseeing, Turkmenistan’s capital of Ashgabat offers the chance to get married in a huge golden ball supported by a large white cage. The giant globe shows large maps of Turkmenistan. Every floor of the complex is dedicated to weddings, with the biggest and grandest in the center of the golden globe, so it is only possible to sightsee the wedding palace from the outside. Those who do get married there always have their photo taken with a portrait of the current president of Turkmenistan. 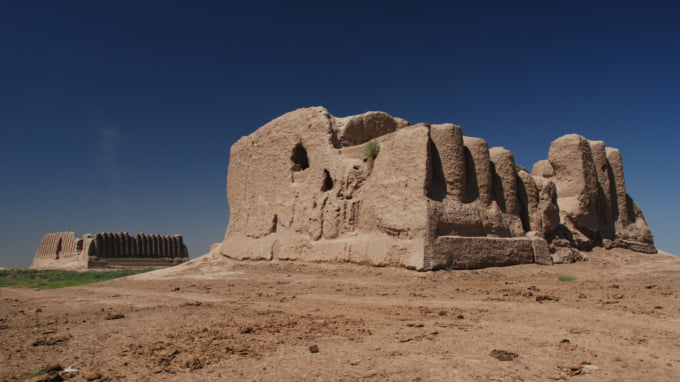 This UNESCO world heritage sight attracts sightseers from across the world. Located in Eastern Turkmenistan this site is made up of three ancient walled cities, stood next to each other. It is considered one of the most important ruins on the ancient Silk Road, which ran through Turkmenistan and connected Europe, The Middle East, Central Asia and The Far East. The complex is very large so it is advisable to consider renting a car or taxi to sightsee all the parts of Merv. The most impressive ruins are probably the ancient walls and the Mausoleum of Sultan Sanjar.

When sightseeing in the eastern part of Turkmenistan, be sure to leave time to visit this stunning museum. The best part to sightsee in this museum is definitely the upper floor where there is an incredible collection of archaeological treasures found in Turkmenistan. Most of these come from the ancient sites of Margush and Merv. There are also impressive exhibits on jewellery from Turkmenistan and a fully decorated Yurt. Sightseeing tours are run in English, and it is very advisable to go on these for the extra information, although there are also some signs in English.

As this article has shown, there is a huge variety of both modern and ancient sites to see in the undiscovered sightseeing destination of Turkmenistan. From gigantic monuments to the late leader, Turkmenbashi, to museums and well-preserved old ruins, Turkmenistan has something exciting for every traveler open to new ideas. So why not find out more about this incredible country by panning your visit today. 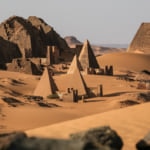 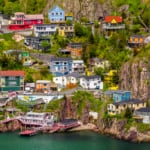 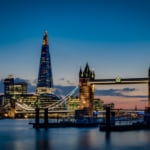 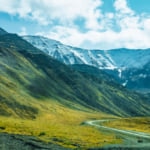 With vast expanses of incredible terrain connected by inviting scenic roads and vibrant cities along the way, the US is full of fascinating ...