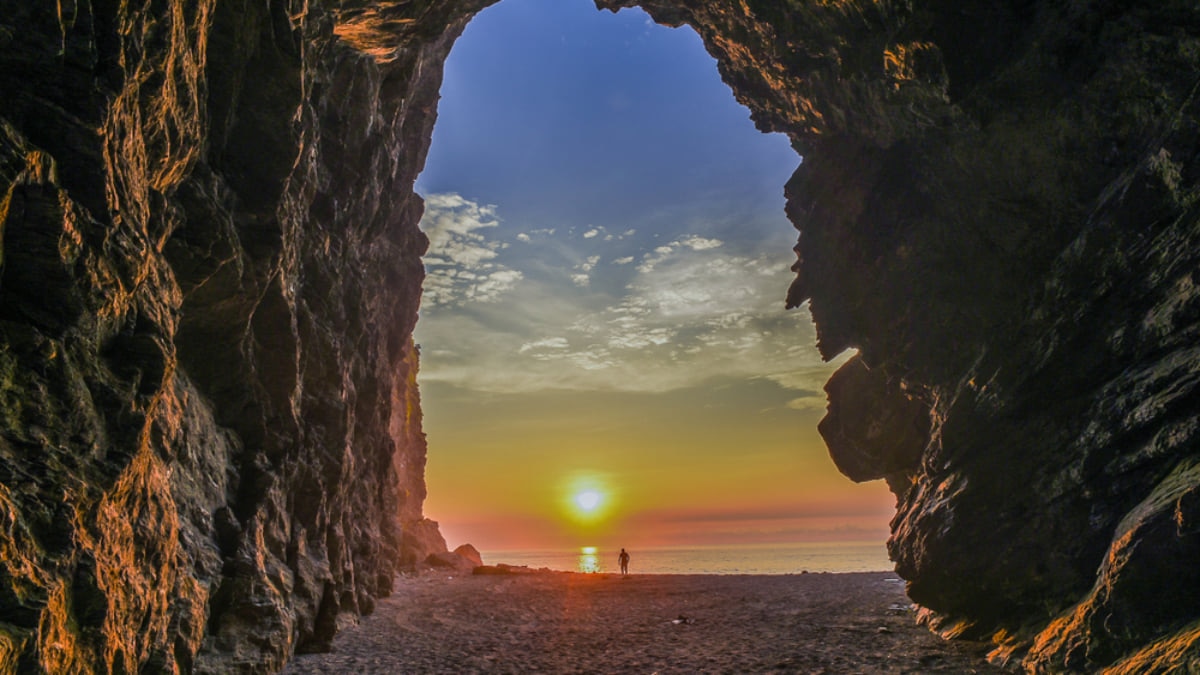 The Top 13 Things to Do in Yilan, Taiwan

The whole of Taiwan's east coast is incredibly beautiful and much less explored than cities along the west coast. Yilan is the easiest area to reach from Taipei and there are plenty of beautiful places to check out there. Here are some of the best things to do in Yilan that you can't miss out on.

The Top 13 Things to Do in Yilan, Taiwan 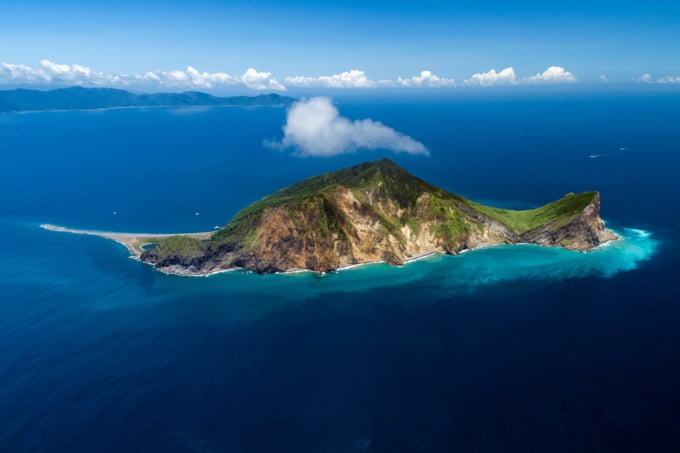 Just off the northeast coast of Taiwan, Guishan Island or Turtle Island is a small but beautiful island that's a popular day trip from Yilan. The island and the surrounding waters are also a famous spot for whale and dolphin watching, which can often be seen during the boat tours of the island.

Guishan's name (meaning turtle mountain) comes from the island looking like a turtle when viewed from several points around its coastline.

Getting to Guishan Island:
While you can't actually stay on the island, boat trips leave from Wushi Harbor, just north of Yilan City. The tours normally circle around the island, pausing for whale watching if there are sightings around. You can also choose to set foot on the island for a short time, or for tours of just viewing the island from the boat. There is a daily quota for visitors to Guishan Island so make sure to book in advance to avoid disappointment.

If hiking along abandoned moss-covered railway tracks through misty mountain paths sounds like you're kind of thing, make sure to check out the Jianqing Huaigu Trail. This long-untouched stretch of nature feels like you're exploring a lost forgotten world, engulfed in clouds traversing along the old mountain logging railway, the Jiancing Line. It's one of many great hiking trails around Yilan County's Taipingshan National Forest Recreation Area.

As you pass through the eerie forest scenery, you'll start to get glimpses of the incredible scenery and vistas over the mountains of Taiwan. 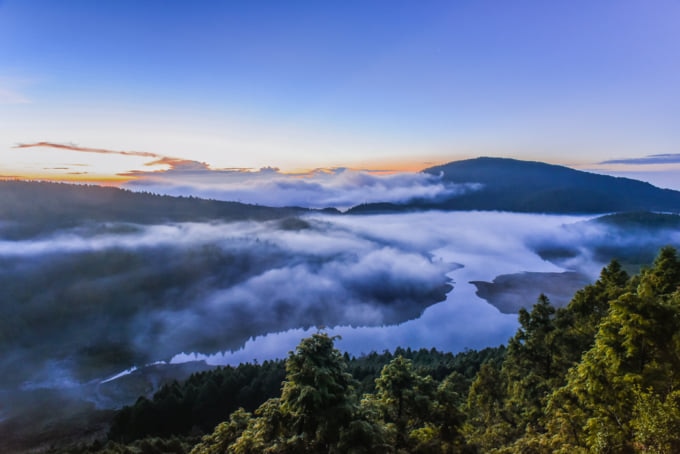 The largest high mountain lake in Taiwan, Cueifong Lake sits at 1,840 meters in the mountains of Taipingshan. Due to its high elevation the lake is famous for its cloud-covered scenery, surrounded by mountains either side it's an incredible scenic spot.

Take the Cueifong Circular Trail around the lake which also takes hikers up to various vantage points with beautiful sweeping vistas over the lake. It's also a popular hike during winter, as the area is one of the few places in Taiwan that often gets snow in the colder months. The white winter scene of Cueifong Lake is one of Taiwan's most beautiful snow scenery spots. 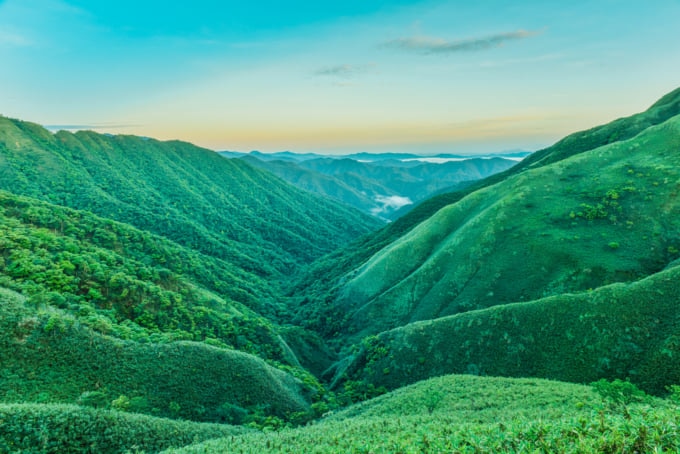 Named for the fluffy bright green slopes reminiscent of matcha powder, Mt. Sanjiaolun or Matcha Mountain is another of Yilan County's many popular hiking spots. Shengmu Hiking Trail (also called Marian Hiking Trail) traverses up the mountains from Wufengqi Scenic Area, passing by scenic spots like Wufengqi Waterfall and out towards the Yilan Plain.

The perfect antidote to too much hiking, Yilan is also famous for its hot springs, in particular Jiaoxi Hot Springs. Jiaoxi and the neighboring Tangweigou Hot Spring Park have a number of public hot spring baths, foot spas and high-end hot spring resorts with private baths. Most of the foot spa pools are free to use for visitors and are a great way to sooth the feet after too much walking.

If you're coming straight from Taipei, you can get off at Jiaoxi Station, a couple of stops before Yilan Station.

Further to the south of Yilan, Su'ao is particularly famous for its cold springs, which is perfect for cooling off Taiwan's hot summer weather. With a pleasant average temperature of 22 degrees Celsius, the water contains high levels of carbon dioxide and numerous minerals that are good for the skin. The carbon dioxide makes the water fizzy, making it feel like you're bathing in sparkling water. 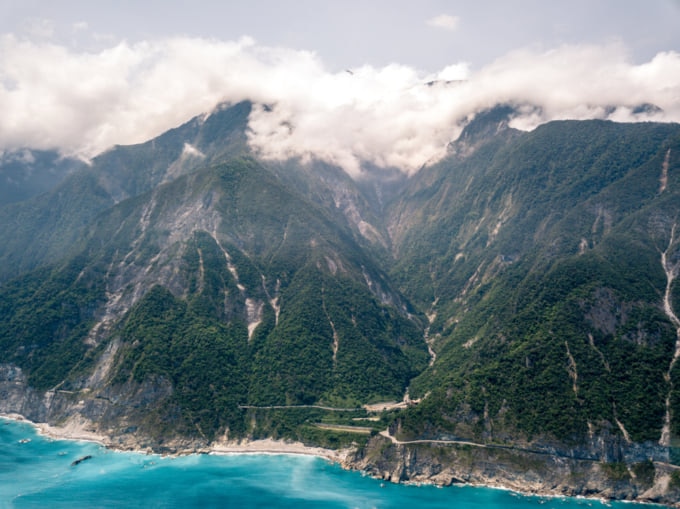 Also known as the Suao-Hualien Highway, the Suhua Highway is an epic 118-kilometre stretch of coastal road that connects Yilan with neighboring Hualien City. The dramatic mountain-meets-sea scenery around the coast here is absolutely stunning and warrants seeing and driving down once in a lifetime. 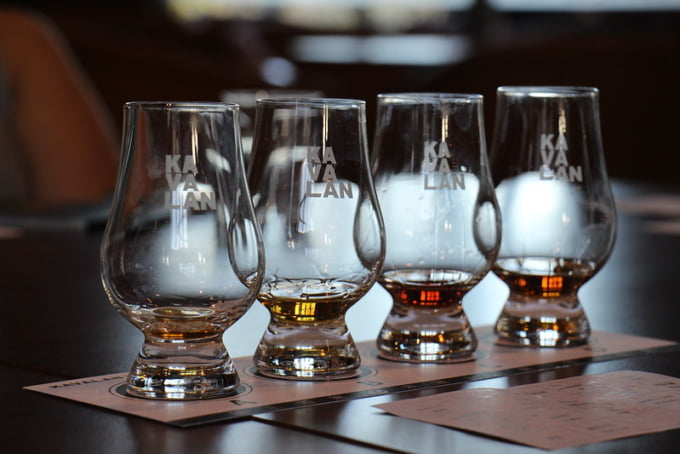 In 2010 Taiwanese whisky brand Kavalan shocked whisky enthusiasts around the world when their single malt came number one at a blind tasting event in Scotland. Distilled in Yilan, Kavalan single malt is famous for its unique taste that comes from an intense aging process using high humidity and Taiwan's hot summer heat to make it taste like single malts aged for double or even triple the time. The Kavalan Whiskey Distillery is located just outside the city of Yilan, at the foothills of Taiwan's central mountain range. The name of the whisky comes from the indigenous Kavalan people, who have long lived in the area around Yilan.

Along with providing tours, distillery has tasting rooms and a gift shop, perfect for buying some souvenirs from Taiwan.

Getting to Kavalan Whiskey Distillery: Take the No. 752 bus from Yilan Train Station (or Yilan Bus Station) or the 1744 bus towards Nanshan Village and get off at Wenyan Rd Station.

To get to Kavalan Whiskey Distillery from Taipei, just get a train or bus to Yilan Station and then follow the above.

Things to Do in Yilan and Luodong City Area 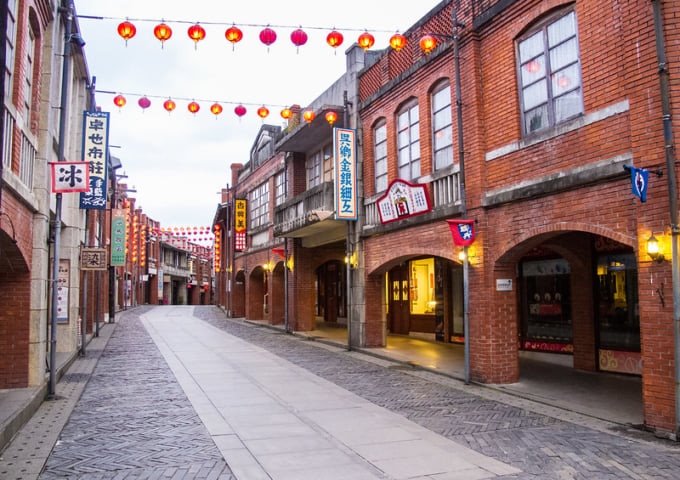 A short journey from Luodong, the National Center for Traditional Arts is an important tourist spot in Yilan aimed at promoting and developing traditional arts such as through performances and exhibitions. The main street for the center feels like walking back in time with its old fashioned style buildings and traditional architecture.

One of the largest night markets in Taiwan, Luodong Night Market is the place to go for snacks and street food in Yilan. A Zao Bo Angelica Mutton Soup is one of the oldest and most famous stalls in the night market, but there are plenty of delicious places to eat. Luodong Night Market is focused on mainly street food and doesn't offer much shopping or other entertainment like some markets. Zheng Ji Run Bing (鄭記潤餅) is another famous old vendor at Luodong that makes traditional Taiwanese style wraps known as run bing.

While most tourists are a little apprehensive trying stinky tofu, one of Taiwan's most famous street foods, a street vendor at Luodong (堂堂薯臭薯條) offers stinky tofu fries. These deep fried wedges of stinky tofu are coated in cheese to create an ingenious take on a Taiwanese classic and much more approachable for most foreigners.


Other Things to Eat in Yilan 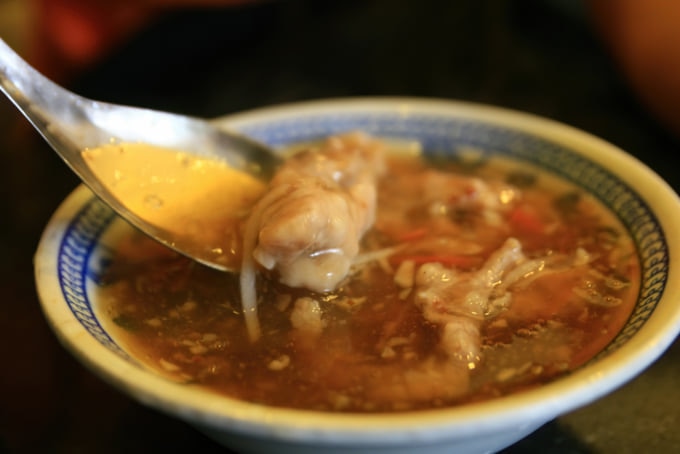 Beimen Garlic Pork Soup (北門蒜味肉羹) has been serving regulars its delicious meaty pork broth for over 50 years and is a staple of the area. Yilan is famous for growing green onions so it's no surprise you'll find some of the most delicious green onion pancakes all over the town. Also called spring onion pancakes or cong you bing, these are one of Taiwan's most famous snacks, you'll find them all over Yilan and at Luodong Night Market. You'll also find a lot of the common night market snacks come with a helping of green onions. 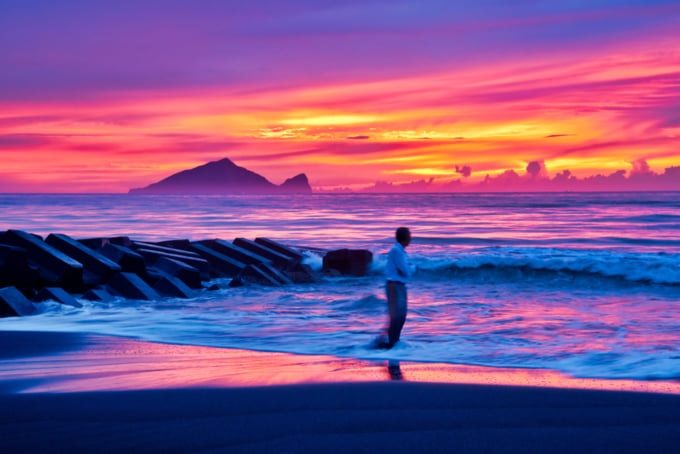 The most famous of Yilan's beaches, Wai'ao Beach is a long stretch of sandy beach north of Yilan city. From the beachfront you can get a beautiful view out towards Guishan Island on clear days. As Wai'ao Beach is close by to the Wushi Marina where boats leave for Guishan, you can easily visit both places in one day. 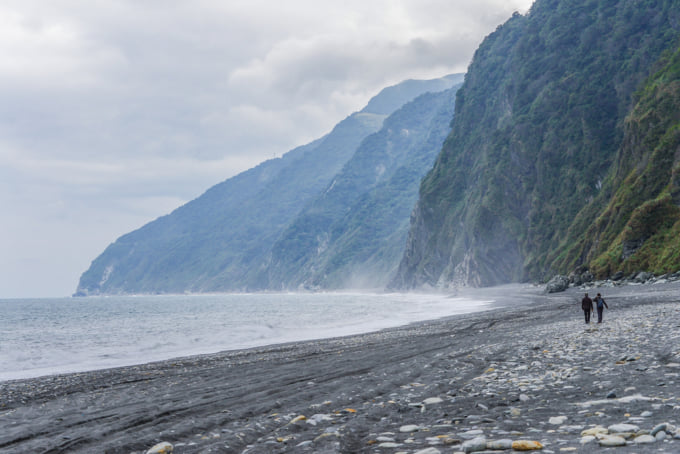 Dong'ao Bay and the nearby Nan-ao Beach are popular spots along the coast of Yilan. The beach at Dong'ao Bay is popular for its beautiful scenery, although it's mostly a pebble beach there are some sandy parts. Nan-ao is particularly famous for the coastal caves such as Mystery Beach Sea Cave located right next to the beachfront. 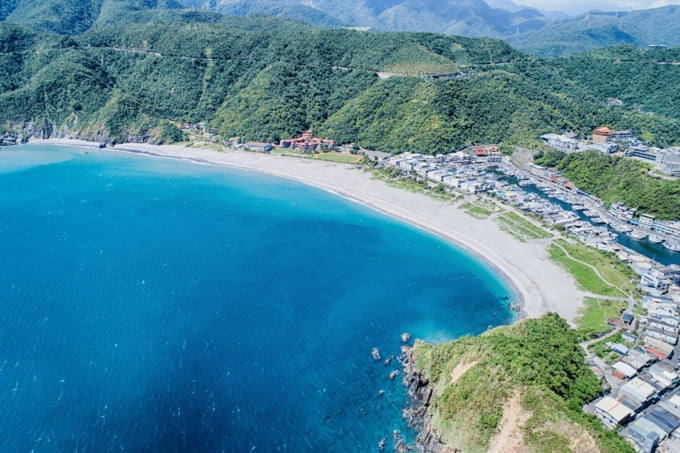 A small coastal fishing town and port in Yilan, just south of Suao Cold Springs, Nanfangao Harbor is a popular spot to visit seafood markets and restaurants selling freshly caught produce from earlier in the day. Neipi Beach is just in front of Nanfangao Harbor and is surrounded by beautiful scenery from the adjacent mountains.

Lakeshore Hotel Suao is one of the most popular hotels around Yilan, offering both hot spring baths and the famous cold spring baths in rooms for its guests. The four star hotel is in Suao, about 30 minutes drive from Yilan City.

Rooms also have ocean views which is perfect for staying at to view the sunrise, a popular activity due to Yilan's east-facing direction.

Getting from Taipei to Yilan

While it once took over two hours to drive around the coast from Taipei to Yilan, nowadays the journey can be done by car in about 45 minutes through the Hsuehshan Tunnel which cuts through the mountains.

By public transport you can take the train from Taipei Main Station to Yilan Station (Tze-Chiang Limited Express 238 towards Hualien) which takes just over an hour. The slower train (Fuxing / Shuttle 4216) takes over two hours but is cheaper and often not booked as quickly. There are also buses from multiple places around Taipei to Yilan Bus Station which takes over an hour.

Tunisia：Reliving the Ancient Lives of the Romans

Tunisia is one of the best architecturally rich countries of the world. The place is full of towered minarets and ancient medina quarters th... 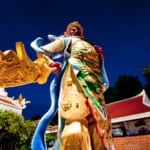 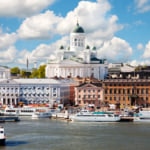 Often called the Land of the Thousand Lakes, Finland is actually home to almost 200,000 of them. At the edge of Scandinavia, Finland is know... 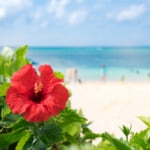