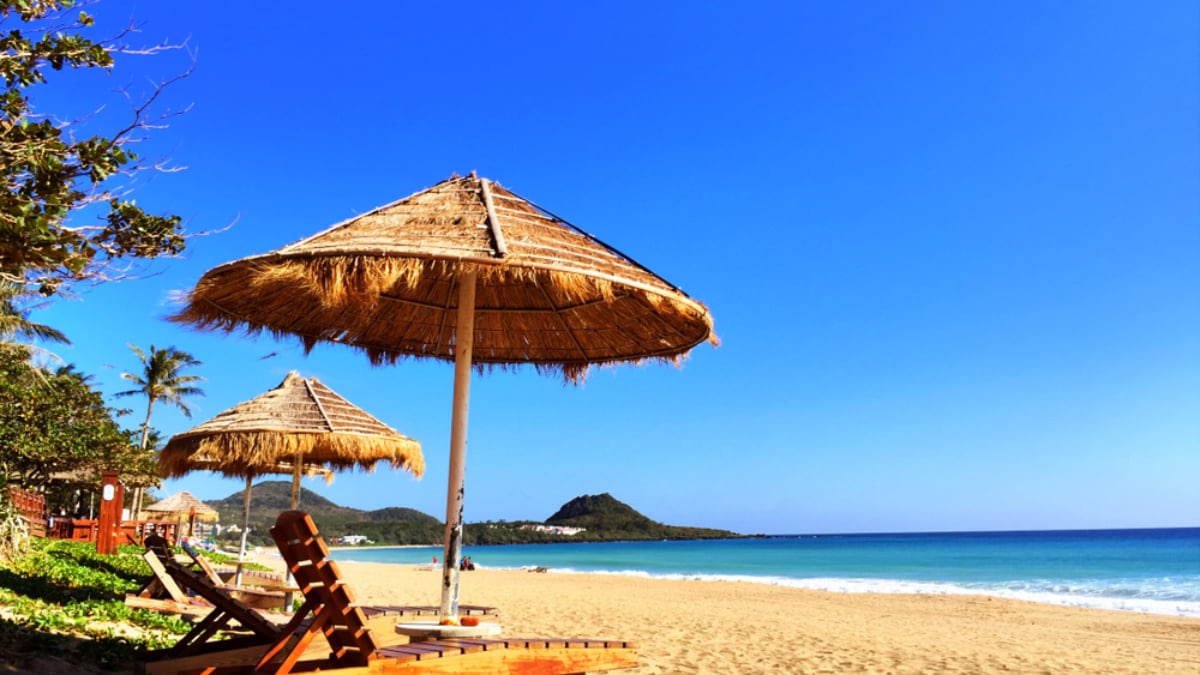 How to Survive Summer in Taiwan: Tips for the Tropical High Heat

Summer in Taiwan can be brutal, both a combination of high temperatures and high humidity make even walking out the door feel like hell. Temperatures are often well over 30 degrees C in the hotter months of July and August in Taiwan, but the humidity makes it feel even higher.

Despite the unpleasantly high temperatures in the summer in Taiwan, it doesn't mean you have to barricade yourself in a fully air-conditioned room until it rains, here are some tips for dealing with Taiwan's summer heat and the best things to do in the summertime.

How to Survive Summer in Taiwan: Tips for the Tropical High Heat

Things to Do During Summer in Taiwan

Cool off with Mango Shaved Ice 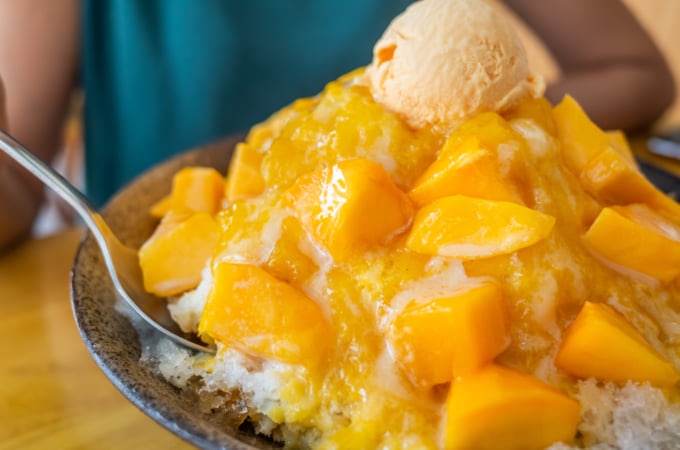 It feels like this dessert was created just for surviving the heat of summer in Taiwan, mango shaved ice is a lifesaver to combat the sticky humid heat and high temperatures.

Iced drinks are another great way to combat the heat. There are hundreds of small drink stores just in Taipei, you'll find them on almost every street. While most of them are focused on tea-based drinks, almost all of the shops also have iced fruit teas or citrus flavored drinks in the summer. Lemon iced tea is another popular drink to order in Taiwan.

Check out our guide for some of the best places to eat mango shaved ice in Taipei. 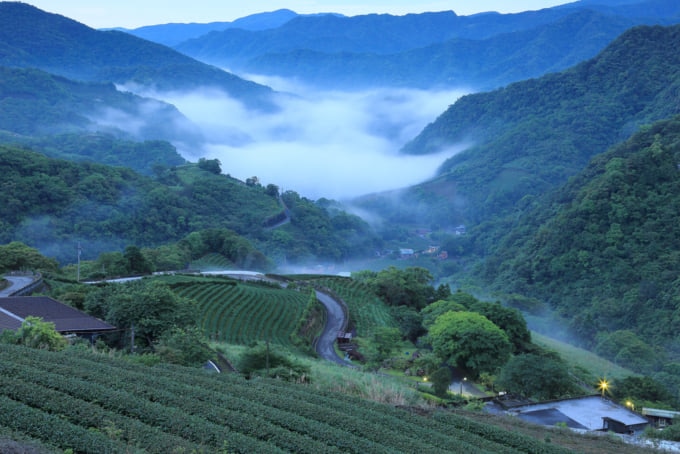 The central region of Taiwan is full of beautiful mountains and sweeping valleys that not only make for some incredible scenic getaways, but are also perfect for escaping the summer heat. Popular national parks around Taiwan in mountainous regions include Alishan, Taipingshan in the north and Taroko Gorge.

If you're just visiting the capital Taipei, there are still some places to escape the heat and still enjoy the outdoors. Maokong and Yangmingshan are both a little higher up than the city, although you won't find comfortable temperatures like in the central mountains, it can be a little easier to bare there than in Taipei.

For example temperatures in Qingjing Farm rarely reaches 30 degrees in the summer, often with relatively comfortable highs of around 25 degrees C in the day even in the height of summer. While going outdoors for extended periods of time in the cities around the coast might seem like suicide, these higher up areas make outdoor excursions a breeze.

Head to the Beaches 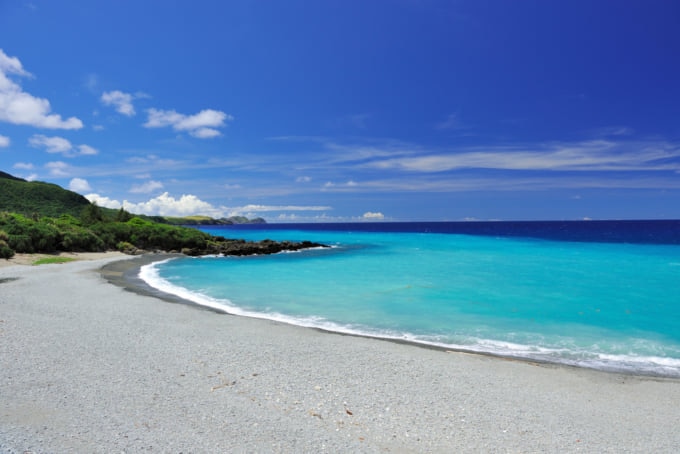 With Taipei being boxed in by mountains on all sides, the temperature can often feel higher and more unpleasant than it should be. Luckily it's a quick journey and easy to get to the coast from the center of the city.

The combination of the cooling sea breeze and open area can make even high temperature feel much more welcoming and let's face it sunny weather just screams for lounging around on a beach. Being able to quickly cool off in the water is another reason beaches can make for the perfect summer weather escape in Taiwan - as an island country, luckily there are beautiful beaches all around the coastline.

Note that there are some beaches where you can't enter the water such as some along the east coast in Taitung and Hualien (the currents are often quite strong). Most beaches around Taipei are fine to swim around but only in a small designated area overseen by lifeguards. 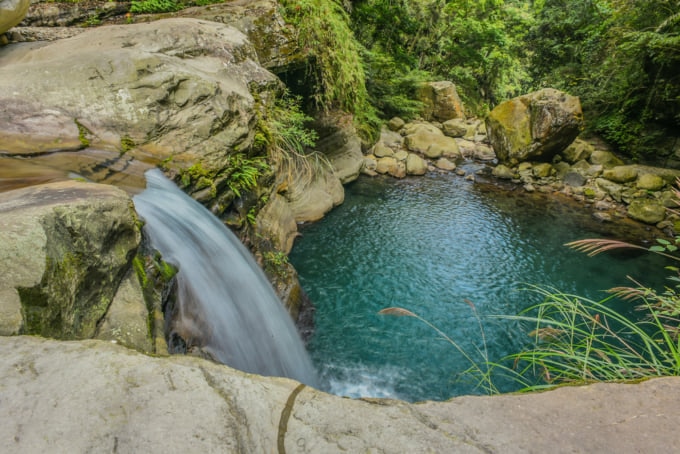 There's also a large number of waterfall treks in the mountains around Taipei and elsewhere across Taiwan. While it's not quite as cooling and comfortable as beachside getaways, splashing around in waterfall pools is a great way to make nature excursions a little more comfortable in the summer.

Just be sure to bring plenty of water, hiking in the summer in Taiwan can quickly cause dehydration, it's always best to bring more water than you need than too little.

Note that you can't swim at Shifen Waterfall (the most famous near Taipei) but there are other smaller falls nearby such as Wanggu allow swimming. 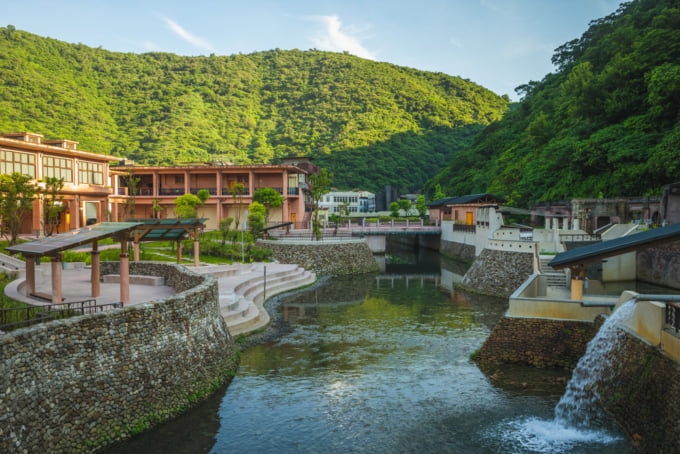 While there are plenty of amazing hot springs that make for ultimate relaxation during the winter months, bathing in summer just isn't quite the same. Luckily there are springs that have the same beneficial properties that aren't quite as steaming hot. The waters at Suao Cold Springs in Yilan are a comfortable 22 degrees C, are high in minerals and also carbonated, which feels both great and is good for the skin.

Pack some Flipflops and Loose Clothing

Walking around in flipflops might get some odd looks in various cities around the world but not in Taiwan, it can often be much more comfortable to forego hefty footwear.

Wearing cooler cotton fabrics and loose fitting clothing can also make the summer a little bit more bearable. As Taiwan can get horribly humid during the summer, clothing with room for air to move around is important.

Shelter in Convenience Stores and Malls 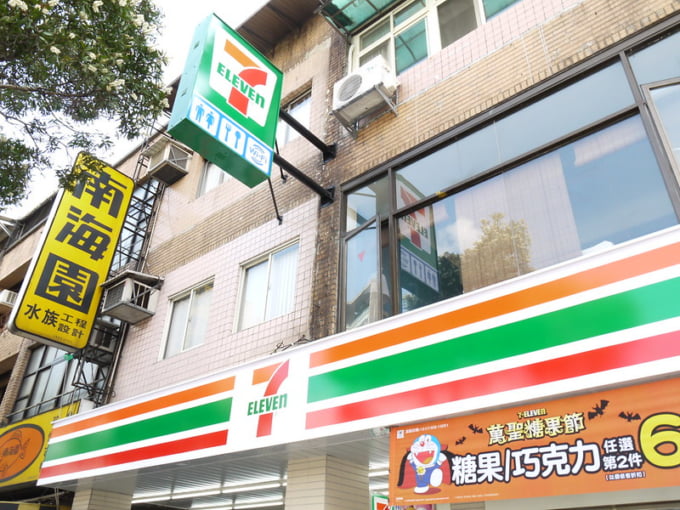 Taiwan has one of the world's highest density of convenience stores per land in the world, especially in the capital Taipei. It's unlikely you'll go further than a few hundred meters in the center of Taipei without passing a store such as Family Mart or 7/11.

For the near-sun-stroke traveler walking Taipei's streets in summer, these stores are a haven, blasting cold air around the store to cool you down in an instant. Not only do they offer the perfect temporary respite from the heat in Taiwan, there's always a huge range of iced drinks and beverages to buy that can keep you cool while out and about. One of the best drinks for quenching thirst in the summer, kumquat iced tea can be found in most convenience stores and drink shops.

Public places like shopping malls and subway stations are also fitted with air conditioning that's blasted on full during the summer. Note that Taiwanese often like the temperature a little on the cool side, for those that don't like the air conditioning too cold, you might want to bring a shawl or light jacket in case the cafe or mall is a little too cold for comfort.

Escape the Summer Heat of Taipei 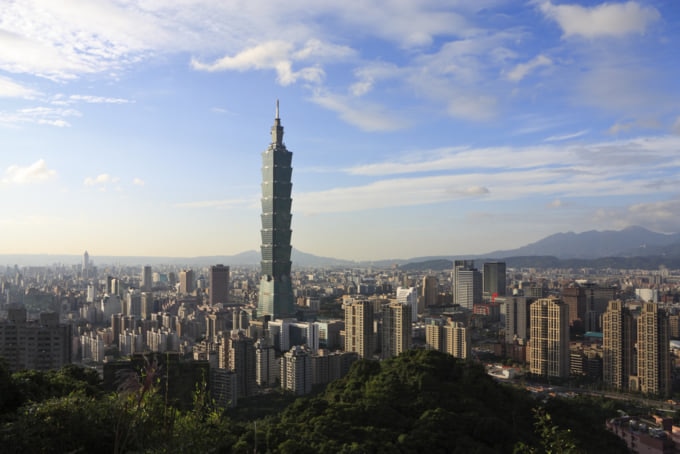 While you'll need to head high into the mountains to really escape the hot summer weather in Taiwan, coastal cities such as Yilan and Hualien are a little cooler than Taipei. Being boxed in by mountains on all sides makes both the humidity and heat a little higher than around the coast, it often feels much hotter in Taipei. Consider exploring areas around the coast, such as Tamsui near Taipei, along the lesser-explored east coast of Taiwan or the southern cities of Kaohsiung and Tainan.

There are a number of events in Taiwan that you'll find only during the summer months. Note that some may be cancelled or rescheduled if there is a typhoon. 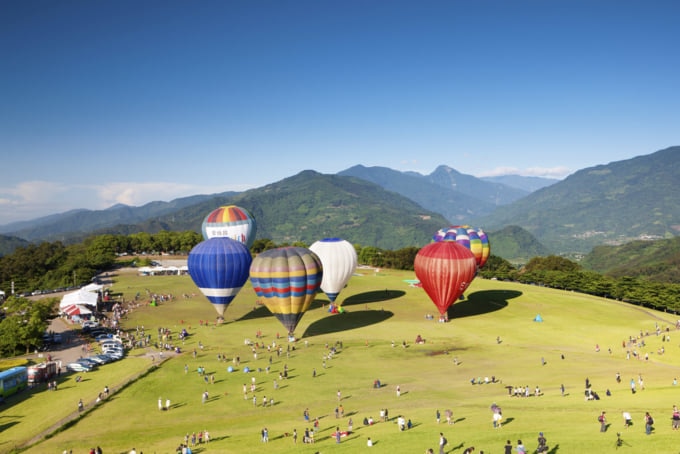 Taiwan's famous hot air balloon festival takes place in the Luye Highlands, Taitung in the southeast of Taiwan. Not only is the event itself highly recommended, the surrounding scenery is beautiful and being at an elevated location means the temperature is slightly cooler. The balloon festival usually starts in July and lasts for over a month. 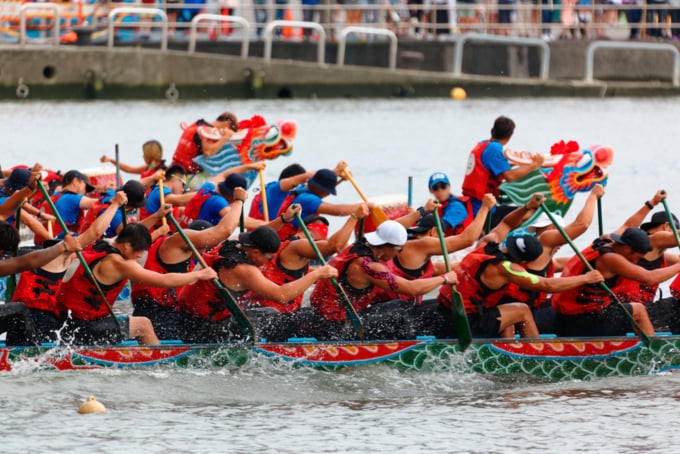 The dates for Dragon Boat Festival change every year (depending on the Chinese Lunar calender) but it's usually sometime in June or at the end of May. During the festival, rivers all over Taiwan become a racecourse for dragon boats which is usually free to watch. 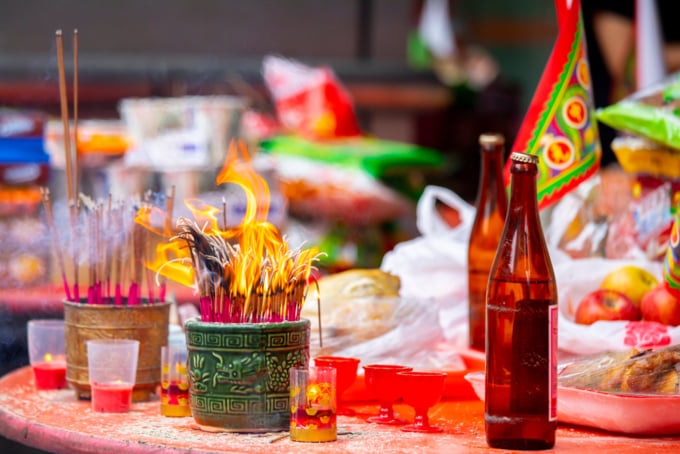 Ghost Festival or Ghost Month in Taiwan is observed throughout the 7th month of the Chinese lunar calendar which usually starts sometime in August or September. During this period events are usually held at local temples along with various performances and special events across cities in Taiwan. It's a great way to see more of the traditions and local culture in Taiwan.

Make sure to check out our guide for the ultimate things to do in Taiwan for 2022. 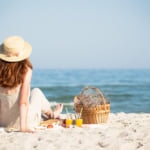 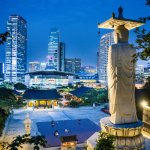 South Korea offers so much more than the buzzing urban expanse of its vibrant capital, Seoul. A swathe of treasures from the ancient kingdom... 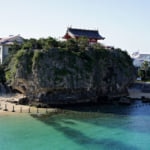 Normally seen as the gateway to Japan's islands of paradise, Naha is the capital of Okinawa with plenty of reasons to spend some time in the... 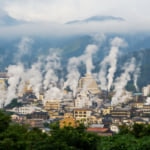 Beppu is known throughout Japan for being packed full of Japanese hot springs known as onsen locally, with eight different hot springs sourc... 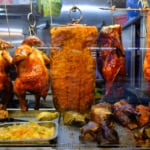