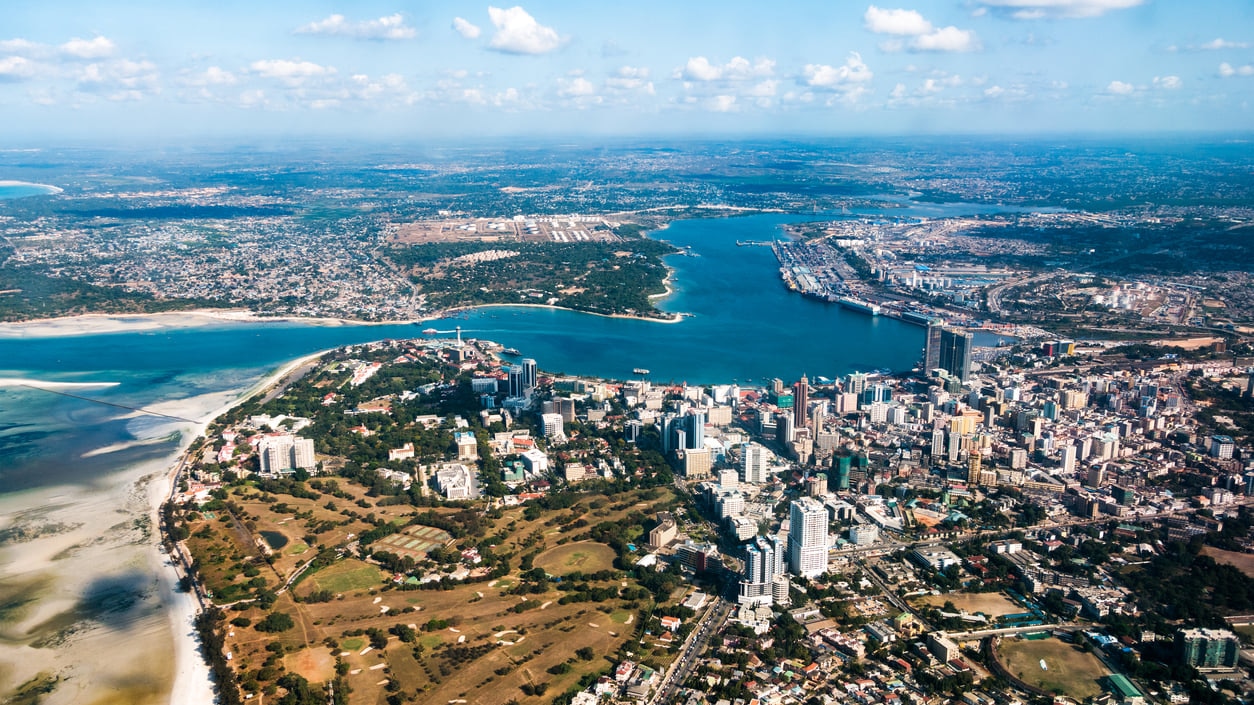 Dar es Salaam is the former capital of Tanzania and lies on the east coast of the country on the Indian Ocean. Formerly known as Mzizima, is Tanzania's largest city in terms of population and is the country's most important economic centre. Its view of the Indian Ocean has made it one of the most important ports in the country. It is one of the busiest ports in East Africa. Dar es Salaam is also the largest city and commercial centre in Tanzania. The sailing boats sail every morning at dawn for hunting at night and most of its inhabitants are Muslims.

1. The National Museum and the House of Culture 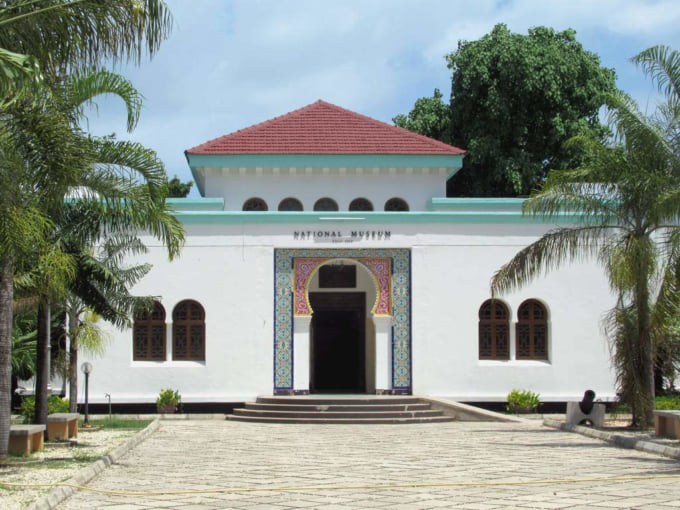 The National Museum and the House of Culture were opened in 1940 as a memorial to King George V. The museum takes visitors on a journey through the past to familiarize them with the history of Tanzania, where the museum displays important excavations of some of the earliest human ancestors discovered during the excavation. Visitors can learn about the heritage of Tanzania tribes and the impact of trade Slaves, Colonial Periods. The Museum's most prominent exhibits are traditional crafts, ornaments and musical instruments. 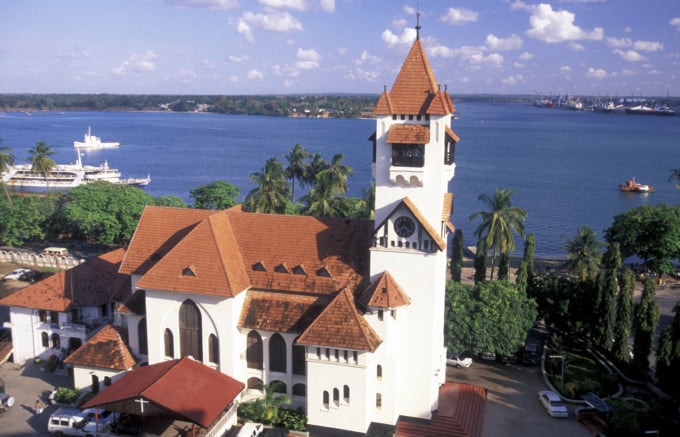 St. Joseph Cathedral Built by the Germans between 1897 and 1902. The church is built in Gothic style. The Roman Catholic Church is one of the most important landmarks of Dar es Salaam overlooking the waterfront. Its design is characterized by its arched roof, stained glass, and magnificent cathedral windows. It contains many original German inscriptions as well as a collection of magnificent works of art including a sculpture above the main altar that will enjoy a climate of calm and spirituality that captures the captivity of each sense. 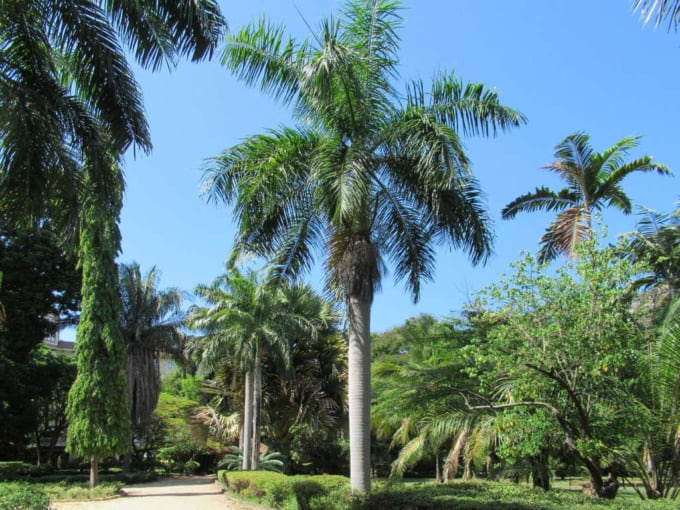 Botanical Gardens is the main garden of the Dar es Salaam orchards. Botanical gardens was established in 1893 by Professor Stolman, the first director of agriculture. It is used to test different types of crops and trees. You will see a fascinating mix of local and western plants, including blue jacquard, purple flame trees, red hieroglyphics, and beautiful palm trees. 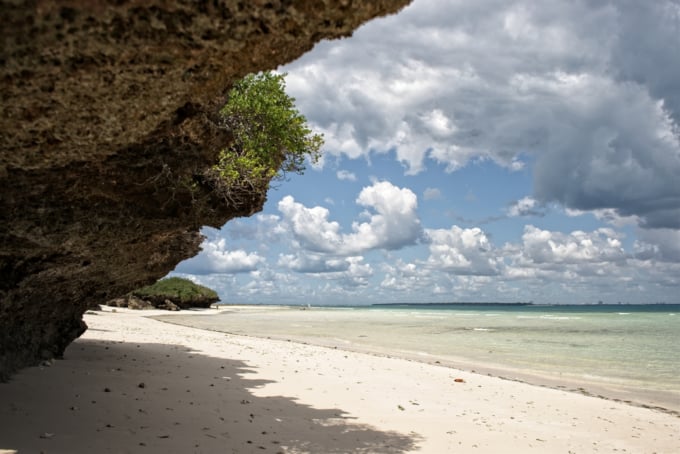 Mbudya island is characterized by an atmosphere of calm and quiet away from the bustle of life where the sunshine and charming white sandy beaches and enjoy swimming in the midst of turquoise water charming as well as straw huts available for rent on the beach and there are places to sell fresh seafood and cold drinks and the island is an enjoyable trip on most trips Popular day in the city where you can enjoy a boat ride amidst the enchanting waters and the bright golden sun. 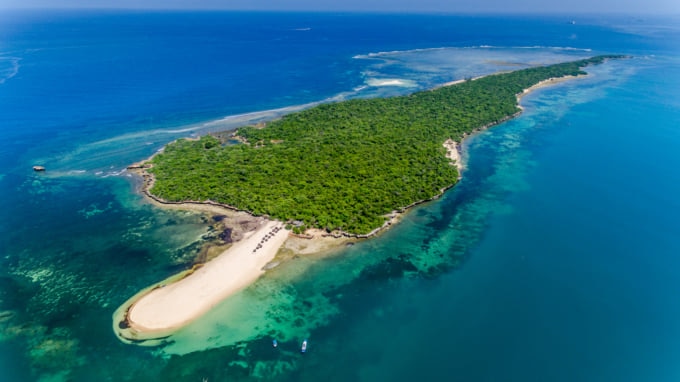 Bongoyo Island is located just off Bongoyo Peninsula, about four miles north of the city on the northwestern tip of the island, where people can relax under the shade of straw umbrellas on a beach of white sand and water in a magical atmosphere among birds, jellyfish and brightly coloured fish. Behind the beach, there are natural parks with lush trees. There is also an outdoor snack bar, cold drinks and freshly grilled seafood. The place is wonderful and will attract you to the beautiful scenery. Free amid the calm of families far from the hustle and bustle of city life.

Kunduchi Water Park is a hotel, beach and resort hotel located twelve miles from the city centre and has the largest water park in the East and Central Africa. The park is popular, especially for families and it has a pleasant mix of bathrooms, playgrounds and restaurants in addition to the Karting route, which is the only one in Tanzania, there are 22 high levels of water. The park is one of the most ideal places to spend an unforgettable annual holiday where you and your family will enjoy the magical atmosphere amidst a wide range of games and services. 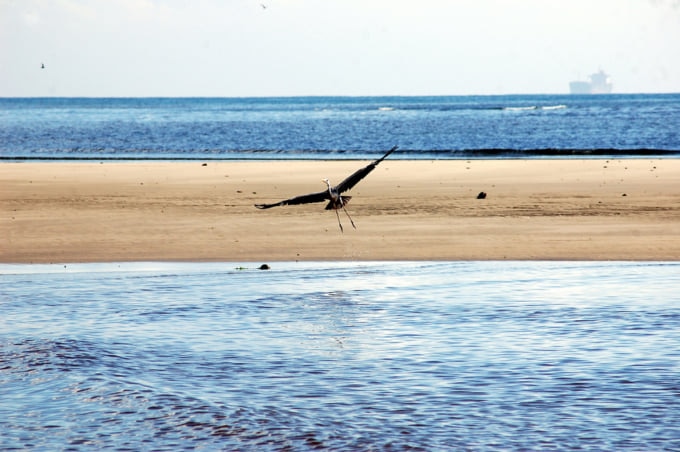 Oyster Bay is also known as Coco Beach, four miles north of the city on the island of Msasani. It is a popular social spot for weekends. Local residents and tourists alike come here to dine on the beach, savour street food, and listen to live music. The Tingatinga Art Gallery is a treasure trove in Oyster Bay and is truly worth visiting.

The Old Boma is one of the oldest buildings in Dar es Salaam. It was built between 1866 and 1867 for the Sultan of Majid bin Said Sultan of Zanzibar and was built to accommodate the guests of the Sultan who had the adjacent palace. The interior features a distinctive carved wooden door and perfectly the walls of the building are simple and clean. The Old Boma is considered one of the most visited tourist attractions in the city of Dar es Salaam.

Dar es Salaam, a city located in Tanzania on the Indian Ocean, is one of the wonderful cities in Tanzania and Africa. The city is characterized by its charming nature locating on the Indian Ocean which makes the city one of the tourist cities around the world. If you love watching the beauty of the African continent, Dar es Salaam will be your right choice to enjoy its wonderful attractions. 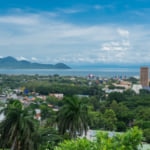 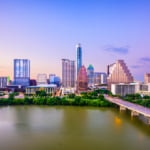 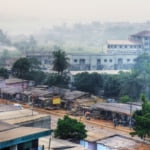 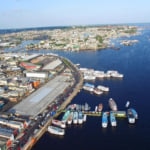 Manaus : A Bustling Urban Gateway to a World of Jungle Adventures

Manaus is a sprawling urban city in the Amazon. Manaus also serves as a major port hub for vessels setting shore. If going deep into the Ama... 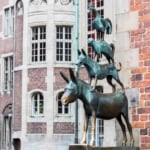 Bremen : A Charming City In Germany That Popular For Its Fantastic Nature

Bremen is one of Germany's largest seaports and maritime trade centres. Bremen is the port of Bremerhaven, 60 km north of Bremen, and the Fe...

MOST POPULAR ON Tanzania